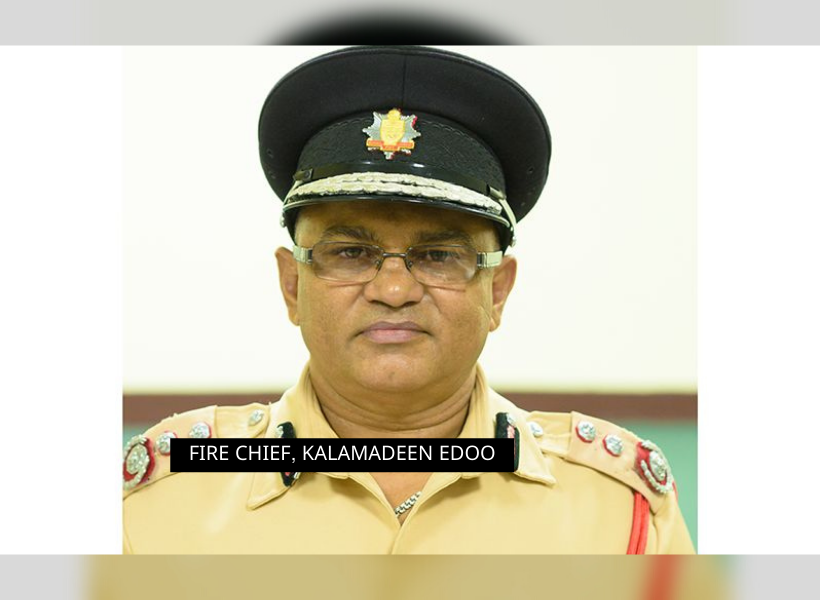 Fire Chief Kalamadeen Edoo has been released on $10,000 bail after being slapped with a private charge filed by a firefighter.

Edoo, who has been serving as a fire officer for over 20 years was before Acting Chief Magistrate Sherdel Isaacs-Marcus at the Georgetown Magistrates’ Courts.
He was charged after a private complaint was filed by firefighter Neville Cumberbatch who accused the fire chief of a discriminatory promotion practice. He adds that the fire chief allegedly removed his name form from the Guyana Fire Service promotion list.

The charge against Edoo, alleged that in his role as the statutory and general superintendent of the GFS, he unlawfully discriminated against Cumberbatch by removing his name from a list of persons deemed eligible for consideration for promotion by former Chief Fire Chief Marlon Gentle on January 29, 2021.

Edoo was represented by attorney Sase Gunraj, who made a bail application for self-bail to be applied given the position which his client holds, being the fire chief of the nation. But, the application for self bail was not granted, and instead, Edoo was released on $10,000 bail. While the matter was adjourned until October 11.