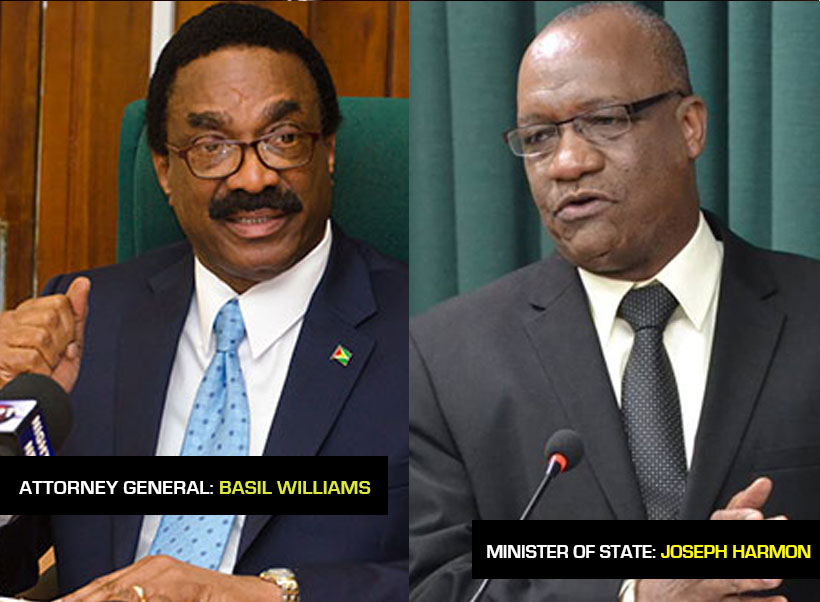 Since assuming office, Attorney General, Basil Williams has caused the State to pay an $80B settlement to Demerara Distillers Limited (DDL); $226M to Guyana Tractor Equipment, and $1.1B to BK International. The BK settlement was made on the grounds of a mere threatening letter.

The political opposition has been critical of all the settlements deeming it a reflection of gross incompetence. However, Minister of State, Joseph Harmon said earlier today that AG had Cabinet’s blessing for all of the settlements.

Harmon said that Williams did not act isolation.

In his attempt to justify Williams’ actions, the Cabinet Secretary said, “The issues regarding settlements are matters which have their genesis under the previous administration. I believe they ineptly failed to provide levels of defense to these matters which caused the courts to make determinations against the State. All, if not many of these matters, were so badly handled that even at the level of appeal, it could not be reversed.”

The Cabinet Secretary also noted that Williams’ predecessor, Anil Nandlall, failed miserably during his time to prosecute the matters on behalf of the State.

Harmon said, “We are doing our best to keep Guyana on a level keel but every single day we are faced with some ignorance or some nonsense done by the PPP that you have to deal with now. So (Opposition leader, Bharrat) Jagdeo can say as much as he wants, the fault lies with the PPP.”

The Minister of State said that the Attorney General will provide more information later on other matters that were poorly handled under the PPP.

“And when he does provide the information, we will begin to realize the deep hole into which the PPP has put us in this country,” Harmon concluded.