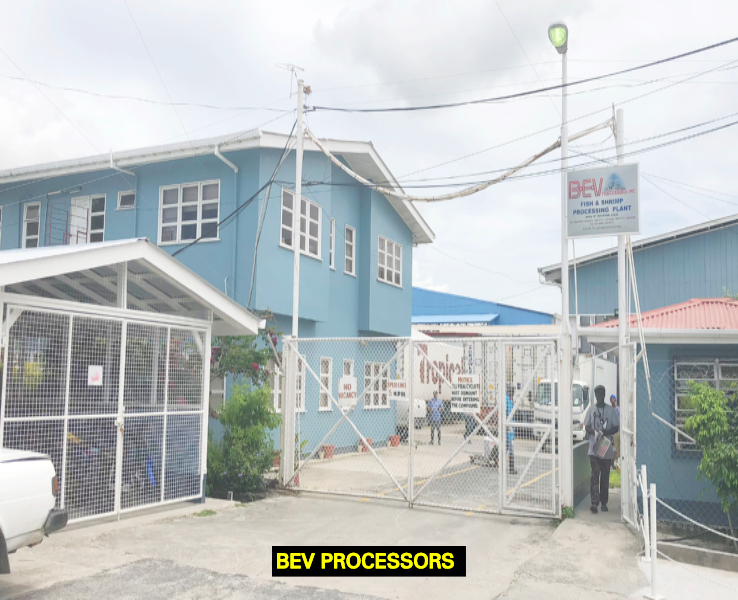 The slump in market prices for shrimp and the tedious process for international certification were just two of the major factors that influenced the decision by BEV Processors to close shop.

Management of the popular seafood processing company related this sorry state of affairs to the Guyana Agricultural and General Workers Union (GAWU) during a meeting earlier today.

Proprietor of the company, Bruce Vieira said that while he regrets the decision to leave close to 390 of his valued workers on the breadline, his hands on the matter are tied. He told GAWU that there are simply too many troubling factors which cannot be ignored.

In this regard, Vieira contended that in the last few months, there has been a substantial decline in the prices being received from his customers locally and abroad. He said that the low prices have resulted in the company having some 600,000 pounds of shrimp on hand. Moreover, the company is required by year-end to have Marine Stewardship Council (MSC) certification. On that matter, he shared that MSC certification process is tedious and it would take about 18 months to complete.

Vieira said, too, that sales to overseas markets would be severely curtailed unless the MSC certification is obtained. Vieira was also concerned whether the Government would renew at year-end the concession through which fishing companies are allowed to purchase fuel under arrangements whereby lesser taxes are paid. In the circumstances, the businessman expressed deep fear that his company could suffer heavy losses and huge debts.

Union representatives told Vieira that it was disheartened when it learnt of the decision to close shop. Be that as it may, the Union reps welcomed the fact that measures are being put in place to cushion the effects that would be felt by the workforce which is largely made up of single parent mothers.

Apart from the statutorily required redundancy payments, Bev Processors has agreed to pay workers for their full year’s annual leave. The workers would receive too, their full incentive payment for July, 2018 though the Company would end operations around July 15, 2018. The company agreed to pay the workers 100 hours of their pay rates they would usually receive during the closed season which would last from August to October.

BEV Processors is also working to secure jobs for its former employees. Some of the workers may have an opportunity to be employed by Noble House Seafoods Limited, an entity where GAWU also enjoys bargaining rights. This possibility will be confirmed early next week. Additionally, BEV is reaching out to other employers with a view to secure jobs for the now redundant workers.

Following the engagement with the company, the Union met with the workforce and apprised them of the outcome of the meeting.