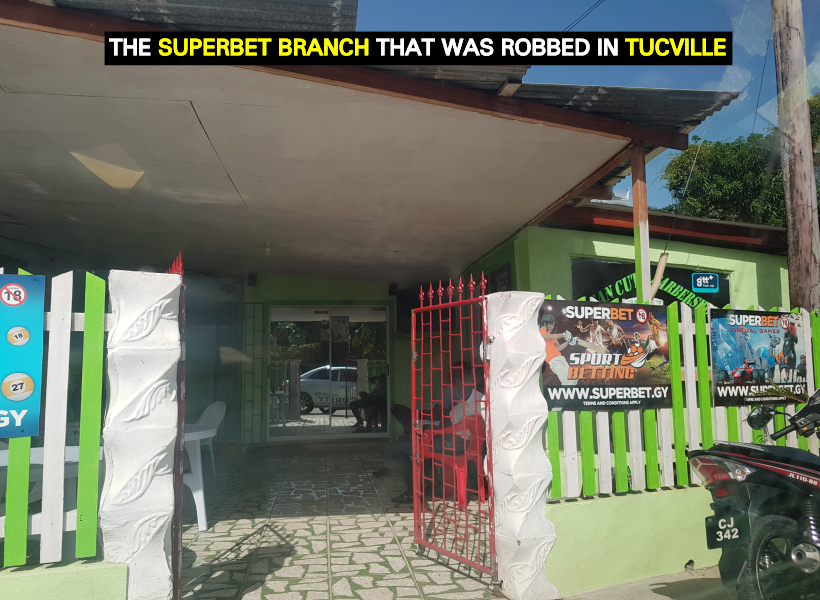 Two armed bandits early yesterday morning robbed the newly opened Superbet in Tucville, Georgetown and escaped with $280,000 in cash and a cordless phone.

Steve Wharton, 36, said that he had just closed his business for the day and was about to walk out the door when two masked men confronted him and took him back into the game shop.

Wharton, who only opened the business last month, said that the men threatened to shoot him if he did not hand over the day’s sale along with other valuables.

“They were searching for money all over. They took a black plastic bag and put the cash and the cordless phone,” said Wharton. It is unclear if the men escaped on foot or whether they had a vehicle waiting on them.

Wharton said that he did not recognize any of the bandits. There were no surveillance cameras in the area to assist the police with their investigation.

The Guyana Police Force is asking anyone with information to contact the nearest police station.