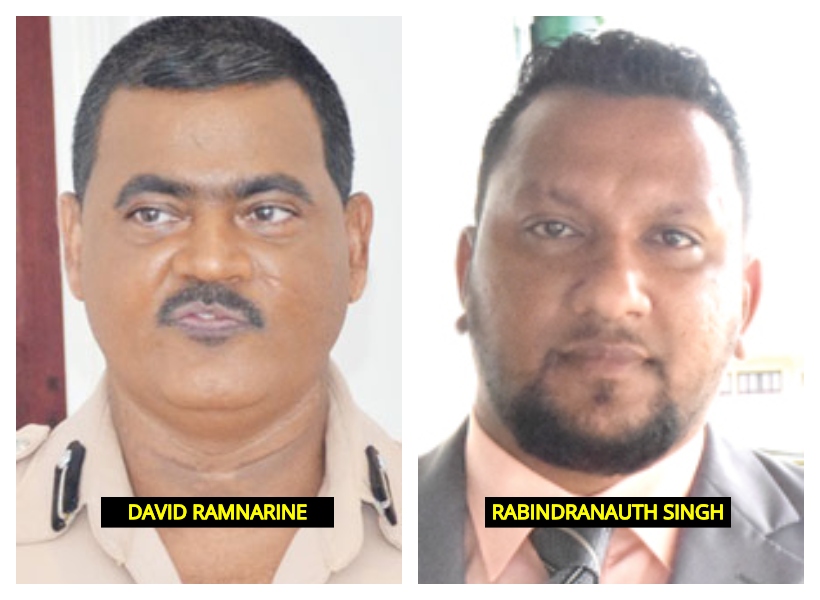 Magistrate Singh made the comment yesterday when a case involving Premnauth Persaud, 43, and Nakool Manohar, 39— the alleged masterminds in the April 30, last piracy attack in Surname—was called before him.

According to information received, investigators had initially charged Manohar with one count of murder. The charge read the names of Tilacknauth Mohabir and Mahesh Sargu, victims of the piracy attack.

However, when the case was brought before the magistrate, he reportedly cited that it (case) was bad in law, resulting in the prosecutor amending the charges to read one name instead of the names of both victims.

“So instead of Manohar being charged with two murders last month, the prosecutor only charged him for one murder based on advice from the magistrate,” a rank explained. This news agency was informed that after the second alleged mastermind in the piracy attack was arrested, ranks withdrew the single murder charge against Manohar yesterday, and jointly charged them for the two murders—on one count.

It was as a result of this that the magistrate called the investigating ranks behind the piracy attack “jokers.” However, it has been noted that the same charge that was instituted against the alleged pirates was used in the 2008 Bartica massacre.

A Police rank explained that the suspects were charged with one count because the victims were killed on the same day during the same incident so all the evidences remained the same.

“It wouldn’t have made any sense to charge them with two counts of murder and have two separate preliminary investigations,” the rank stated.

Ramnarine in a statement yesterday said that the remarks made by the “supposedly learned Magistrate are insulting and reckless and certainly should never have been uttered.”

“It seems quite clear that the Magistrate probably has an axe to grind against the team of investigators and maybe other police officers,” the acting commissioner said.

He added that ranks worked well over and above the normal call of duty in the piracy attack case, which resulted in the preferment of the charges against the alleged suspects, which received legal advice.

“I can only conclude that his (magistrate) unfortunate and reckless utterances intended to malign these hardworking Police Officers and our Legal Advisors are as a result of his youthfulness, inexperience and being unschooled.”

The Guyana Standard has been told that the magistrate made the comments against the same ranks, who got him transferred from the Marcus Bisram case in 2017, for alleged corrupted practices.

As a result of the Magistrate involvement in that case, the Judicial Service Commission had launched an investigation into the management of cases by him.

Bisram is the alleged mastermind in the murder of Berbice carpenter, Faiyaz Narinedatt that occurred sometime between October 31 and November 01, 2016.