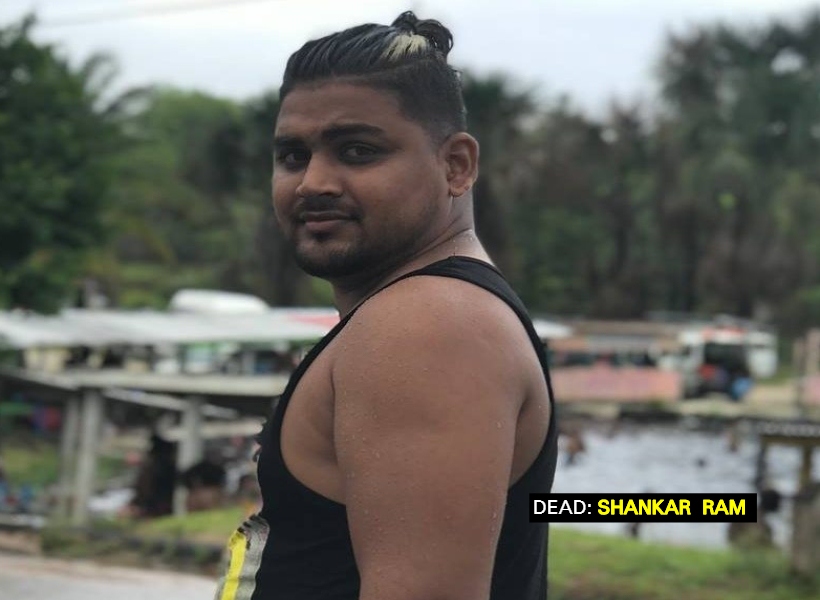 An inspector attached to the Guyana Energy Agency (GEA) lost his life around 00:15 hrs yesterday morning after crashing into a utility pole on the Zorg Public Road, Essequibo Coast.

The deceased has been identified as 23-year-old Shankar Ram of Lot 14 Mon Repos Housing Scheme, East Coast Demerara (ECD). Twenty-three-year-old Donitta Ramlackhan of Enmore, ECD, who was traveling with Ram at the time, is currently admitted at Suddie Hospital.

The Guyana Standard was told that the GEA inspectors were proceeding north along the western side of the road in a GEA vehicle, bearing registration number PJJ 1069, when Ram allegedly lost control of the car. This caused the vehicle to collide with a Guyana Power and Light (GPL) pole. The police said that the impact of the accident caused the vehicle to turn turtle. Ram’s body was flung out of the car and was discovered on the parapet by ranks.

His body is currently at the Suddie Hospital, awaiting a post-mortem examination. Ramlackhan, the police say, has been in and out of consciousness and has not been able to provide cops with further details on the accident.