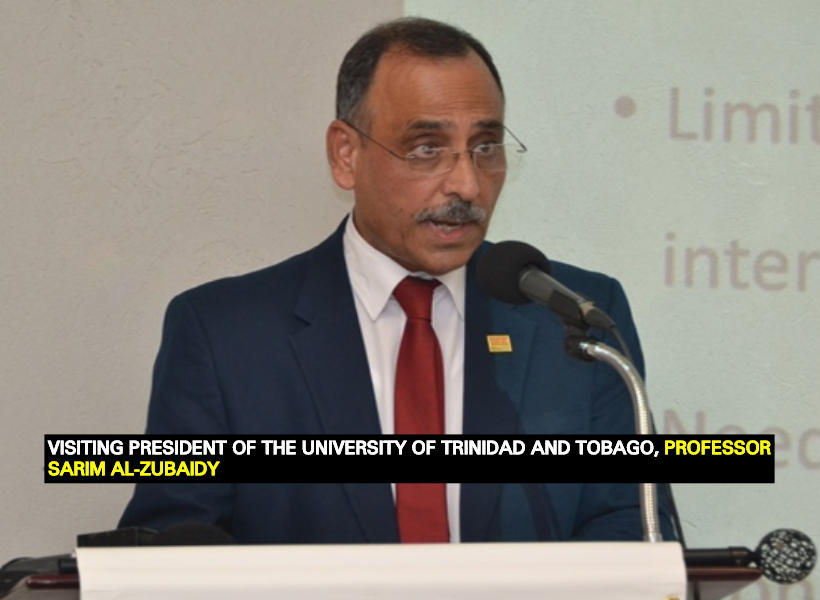 President of the University of Trinidad and Tobago, Professor Sarim Al-Zubaidy believes that Guyana should invest a substantial part of its oil revenue in education.

The academic made these and other remarks during the University of Guyana’s 5th Conversation on Law and Society. There, the Professor said that investing oil revenues in the education sector would help fuel further economic growth.

He said, too, that Guyana must also take guidance from other oil-rich countries so as to avoid mistakes they would have made. The Professor urged the government to build its local capacity.

Further to this, the educator said that Guyana must take full advantage of the contribution of the oil sector and use the revenue to transform the economy. “It is therefore imperative that the revenue derived from the sector be maximized and used for the transition of Guyana’s economy to one which is internationally diversified. This would ensure that the life is enjoyed by the future generation.”

The Professor, who is an engineer with over 30 years experience in senior academic and administrative positions, also mentioned that developing and maintaining a category of skilled professionals is very important. From this, he said that the developed personnel should be in place before and after production begins so that the country is not dependent on what is said by the oil companies.

After his presentation, the conversation with the audience featured input from Trinidad and Tobago’s Methanol Company Chair in Petroleum Engineering, Prof. Andrew Jupiter; University of the West Indies Professor of Mechanical Engineering Clement Imbert; and retired US Department of Energy Engineer, Dr. Vincent Adams.

The conversation revolved around the investment in education which would, in turn, bring about long-term sustenance. It was also said that the government must get the best deals in any production sharing agreement and ensure that parts of these deals have a substantial contribution to education. Guyana was encouraged by the Trinidad professors to learn from their country’s failures. (Modified from the Department of Public Information)