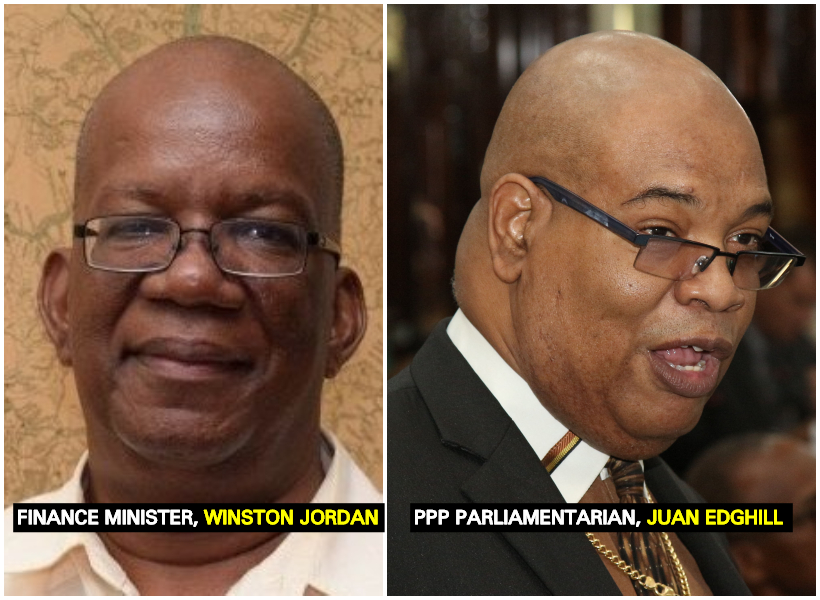 Jordan is suing because Edghill had initially brought charges of Misconduct in Public Office against him. The charges were instituted on April 23 last and dismissed the following day.

Edghill had alleged that from December 2016 to March 2017, Jordan and Public Infrastructure Minister, David Patterson, willfully misconducted themselves by authorizing and spending, the sum of $906M. This money was intended for the Homestretch Development Incorporated, a limited liability company which allowed for the establishment of the Durban Jubilee Park. Edghill believed that the money was spent without any form of procurement process as prescribed by law.

In court documents prepared by Jordan’s lawyer, Roysdale Forde, Jordan contended that Edghill, as a Member of Parliament, was aware that the National Assembly approved the sum of $906M. Jordan stressed that by using the process of the National Assembly, Edghill could not honestly believe that he acted without reasonable excuse or justification in respect of issuing a warrant to effect disbursements of the money to the Ministry.

For this and other reasons, Jordan contested that Edghill’s intention and purpose of instituting the Offence of Misconduct in Public Office was to humiliate and cause him to suffer public contempt.

The Finance Minister’s case is expected to see its first hearing on July 13 before Justice Franklin Holder.