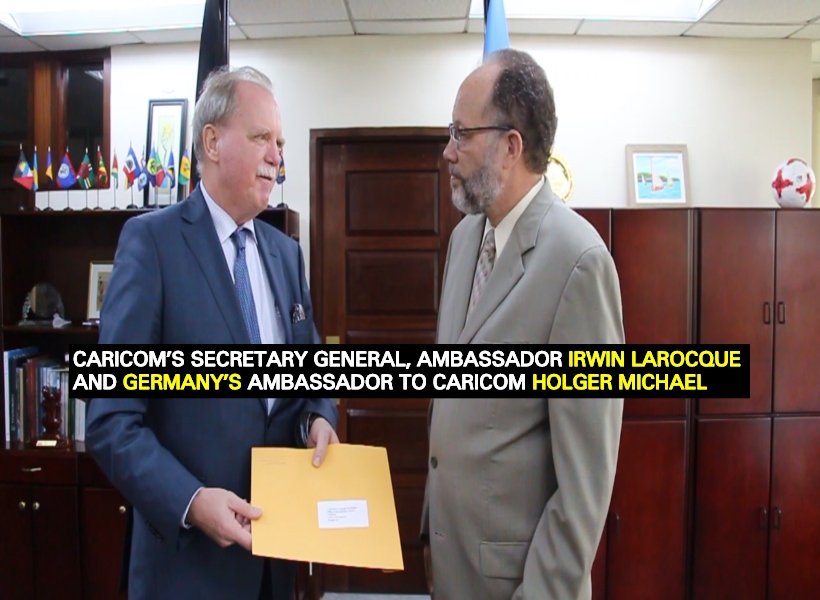 With climate change continuing to wreak havoc around the world – including the Caribbean Region – the Caribbean Community (CARICOM) is expected to benefit from € 2.3M from Germany, to combat this global phenomenon.

The project which is to be financed by the Government of Germany in the amount of 2.3 million Euros, represents a further step in the country’s support to the Region in areas of mutual interest. In March, the then newly accredited Ambassador signed an agreement totaling 25, 700,000 Euros for a Sustainable Financing Mechanism for Marine Protection in the Region.

Wednesday’s exchange took place on the margins of a Breakfast Meeting hosted by the CARICOM Secretary-General for Ambassadors accredited to CARICOM. Ambassadors were briefed on the major issues on the agenda for the 39th Regular Meeting of CARICOM Heads of Government, which is currently underway in Jamaica.

That meeting is expected to conclude today.

Germany’s contribution comes at a time when many Caribbean states including Guyana, have already upped it mitigation efforts. The project also comes on the heels of the Donald Trump-administration’s pull-out from the Paris Accord.