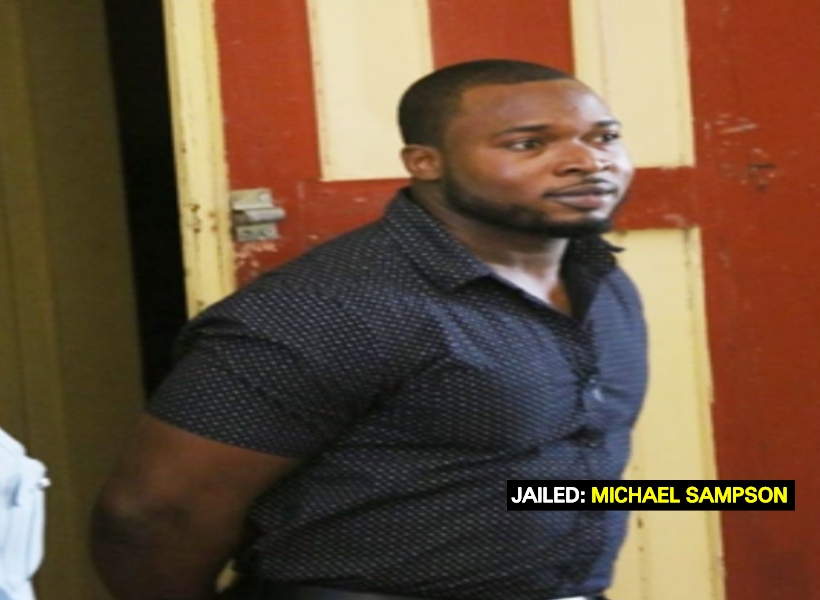 A City Magistrate today sentenced a personal trainer to four years imprisonment for grabbing the breast of a 14-year-old girl. Michael Sampson, 27, of Lot ‘B’ Plot ‘A’ Delhi Street, Prashad Nagar, was on trial before Principal Magistrate Judy Latchman in the Georgetown Magistrates’ Courts.

He denied the allegation which stated that on February 19 last, at Delhi Street, Prashad Nagar, he sexually assaulted a 14-year-old girl.

Magistrate Latchman in coming to her ruling told the court that she relied on the evidence of the witnesses who testified on behalf of the prosecution led by Police Corporal Shawn Gonsalves.

She added that none of the prosecution witnesses’ evidence was discredited.

Magistrate Latchman went on to tell the court that she believed the teenager’s story and that her demeanor in the witness box was impressive.

Hence, the Magistrate sentenced the defendant to four years imprisonment.

Throughout the trial, Sampson was represented by Attorney-at-Law Bernard DaSilva.

According to information, on the day in question, the teen, along with some relatives, were at Sampson’s home.

The teenager was left at Sampson’s home while other family members went out to purchase eatables.

It was during that time, Sampson approached the teen and started questioning her as to if she has a boyfriend.

After the teen replied in the negative, Sampson stood behind her, pushed his hands into her blouse and grabbed her breasts.

He then began massaging them.

The child then told her mother what had transpired and the matter was reported to the station. Hence, Sampson was arrested and charged for the offence.