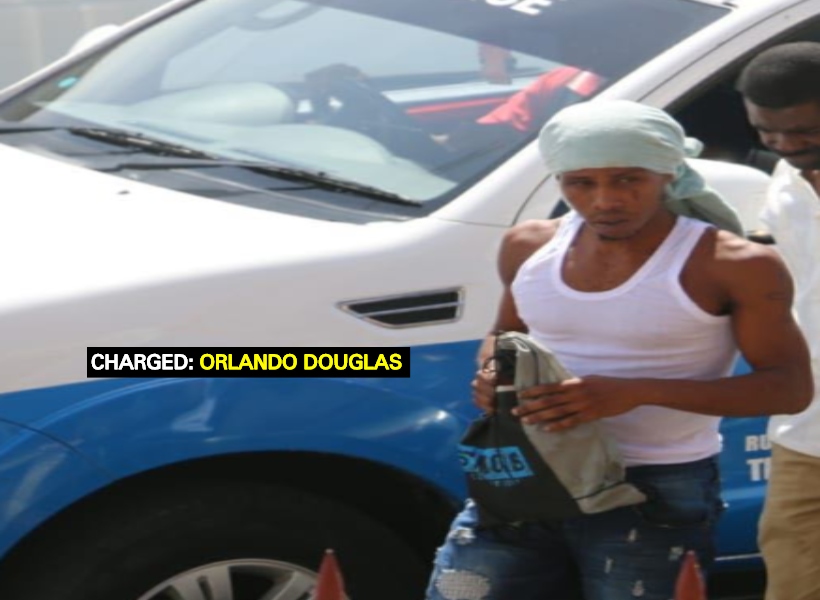 A Campbellville resident was this afternoon charged and remanded to prison for killing a Pandit and his son.

Thirty-year-old Orlando Douglas, appeared before Chief Magistrate Ann McLennan in the Georgetown Magistrates’ Courts, where he was slapped with two murder charges.

The first allegation stated that between July 7 and July 10 at Craig Street, Campbellville, Georgetown, Douglas murdered Deonarine Liliah, a Pandit, during the course of a robbery.

It was further alleged that during the same period, he murdered Gopaul Liliah, the Pandit’s son, during the course of a robbery.

Douglas was not required to plead to the charges after they were read to him by the Magistrate.

Attorney, Meville Duke who represented the defendant told the court that his client was kept in custody and had no access to a lawyer.

He added that his client was never linked to the murders. The lawyer went on to tell the court that on the day in question, his client was merely at the scene after he saw others persons and police at the victims’ home.

The lawyer went on to tell the court that police officers picked out his client from the crowd and stated “you look like a suspect” and arrested him.

However, Police Prosecutor, Gordon Mansfield told the court that Douglas was arrested at the crime scene after a phone belonging to one of the deceased was traced and was found in his possession.

He added that while in custody, Douglas gave police a caution statement admitting to the murders.

He was also placed on an identification parade and was pointed out by someone who saw him entering the victims’ home.

The Magistrate, after listening to the prosecutor’s submission, remanded the defendant to prison. He was instructed to make his next court appearance on July 31, for report.

Last week, Deonarine Lilah, a 61-year-old Pandit and his 28-year-old son Gopaul Liliah, were found in their Lot 25 Craig Street, Campbellville home with stab wounds about their bodies.

The tenant raised an alarm after neighbours complained about a stench coming from the upper flat of the home.

It was reported that the men were murdered days before their bodies were found.

A post-mortem examination conducted on the bodies revealed that the victims had been stabbed 66 times in total.

It was reported that a businessman who owed the Pandit $8M hired the defendant to kill the Pandit and his son.

The defendant allegedly sneaked into the Craig Street, Campbellville property where he butchered the victims. He fled the scene after an unsuccessful search for a document that the mastermind had signed. But the killers were reportedly unaware that their actions were being recorded on concealed CCTV cameras in the house.