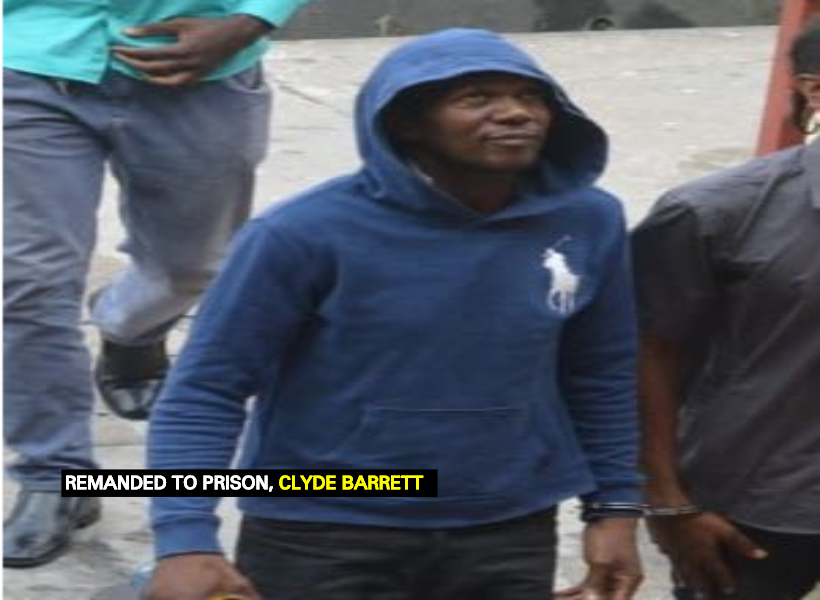 Facebook
Twitter
Google+
Pinterest
WhatsApp
The proprietor of City Vibes Club was this morning remanded to prison after he was charged with having in his possession over 42 pounds of marijuana.
Forty-year-old Clyde Barrett, of 183 Calendar Street, Albouystown, appeared before Chief Magistrate Ann McLennan in the Georgetown Magistrates’ Courts.
He pleaded guilty to the charge which alleged that on July 17, at Albouystown, he had in his possession 19.288 kilograms of marijuana for the purpose of trafficking.
The man’s lawyer, Mark Conway, in an attempt to secure bail for his client, told the court that his client spent in excess of 72 hours in police custody.
He added that the issue of multiple occupancies arises since, at the time of his client’ arrest, multiple persons were at the location.
The lawyer went on to tell the court that if bail is granted to his client he will subject himself to any condition the court attaches.
However, Police Prosecutor, Neville Jeffers objected to bail being granted to the businessman citing that no special reasons were outlined by his attorney.
He added that on the day in question, ranks from the Narcotics branch went to the popular nightclub where a search was conducted.
The court heard that nothing was found in the club. But, while in the kitchen, the defendant provided the officers with a pair of key and in the cupboard, the marijuana was discovered.
In the businessman’s presence,  a black bag containing a quantity of leaves, seeds and stems–suspected to be narcotics–was unearthed.
It was shown to the defendant and he denied the allegation. He was then arrested and taken into custody and charged for the offence.
The Chief Magistrate, after listening to the Prosecutor’s submission, told the court that she found no special reason to grant the defendant bail, hence she remanded him to prison.
The father of four was instructed to make his next court appearance on August 8 for report and fixture.