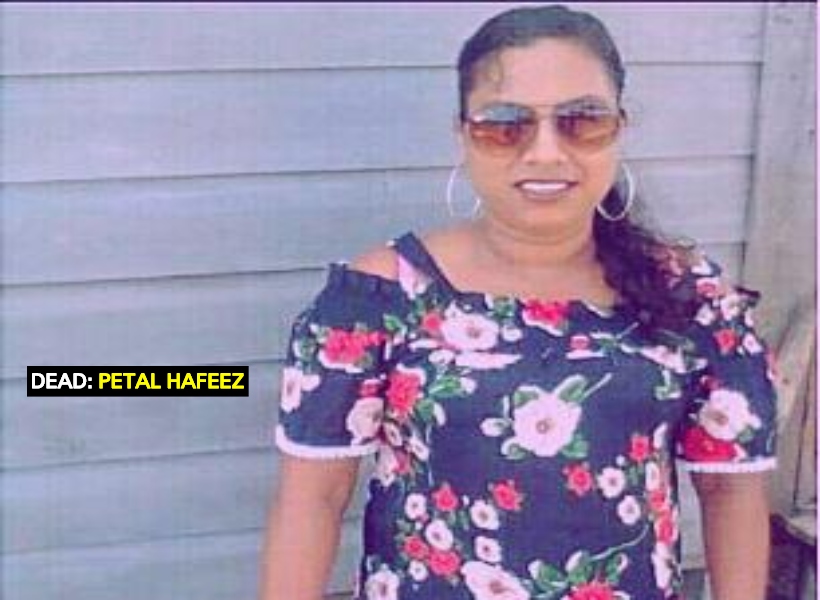 Detectives probing the death of 31-year-old Petal Hafeez, who left her home to work as a cook at a mining camp in Puruni, Mazaruni on June 28, last, believe that the woman was murdered and buried in a shallow grave by her employer.

The skeletal remains of a female believed to be that of Hafeez, a mother of five was found on July 8 last at Thomas Island, Region Seven. A floral top and a brassiere which belonged to Hafeez were found in the grave.

Detectives have since detained the woman’s employer. The two allegedly became involved in a love-affair just a week after she started working for him. The relationship is said to have turned sour after the man began sleeping with other women in nearby camps.

The police are working on a theory that the 31-year-old woman became annoyed that her new love interest was unfaithful and confronted him. It is believed that the confrontation led to the woman being struck to the head then buried in a shallow grave.

On Saturday, investigators from the Guyana Police Force (GPF)’s Major Crimes Unit journeyed to Thomas Island and exhumed the body which was buried by ranks from ‘F’ Division after it was first discovered.

Government pathologist, Dr. Nehaul Singh, who was present at the scene, discovered a crack in the skull but he was unable to determine the cause of death. DNA testing will be done to better identify the remains.

According to information received, the woman was last seen alive walking through a track by two miners, who worked at the same camp with her. The two employees were heading to the camp while the woman was heading back to the waterfront.

The Guyana Standard has been informed the track is situated in a manner where there is only one point of exit and entrance—one leading to the waterfront and the other taking you to the mining camp. The surrounding area has thick bushes.

Based on the reports received, shortly after the two employees reached the mining camp, the operator of the camp was seen coming from the track. They reportedly inquired if he had seen Hafeez to which he responded in the negative.

“He (employer) had to have seen her because if she didn’t come back to the camp, then she (is) at the other end (waterfront) and that’s where he came from. It is a long track and you pass each other all the time. So he saying he didn’t see her, was the first red flag,” a police rank in “F” Division said.

Additionally, this news agency was informed that the victim told one of the miners that she was going to ask her employer for the raw gold he had borrowed from her. He had earlier paid her with the gold for her services then borrowed it.