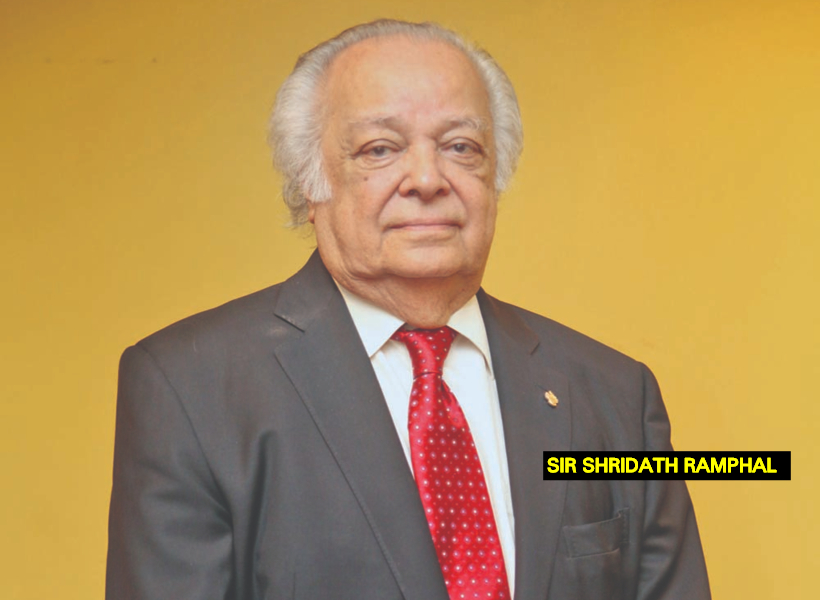 Former Foreign Affairs Minister and Commonwealth Secretary-General, Sir Shridath Ramphal, is leading a team of lawyers to fulfil the International Court of Justice (ICJ)’s request for memorial on the Guyana/Venezuela border controversy.

This is according to Guyana’s Foreign Affairs Minister, Carl Greenidge. Earlier today, the Minister told media operatives at a press conference that the team has their work cut out. The team of lawyers, the Minister said, comprises of international practitioners from overseas chambers and is being supported by local lawyers operating out of the Ministry of Foreign Affairs.

“There is a team of lawyers led by Sir Shridat Ramphal, and these are overseas lawyers from a variety of places, skilled in this area. (They) would have worked on ICJ cases before,” he said.

The Minister refused to reveal the identities of these lawyers.

“I don’t want to give any names at this point in time. The core of the lawyers are from three chambers and they will be bringing on board – depending on the issue at hand – other lawyers who have the necessary skills. I don’t want to say much more than I’ve said already,” Greenidge added.

Further pressed by the media, Greenidge noted that one of the lawyers comes from a United Kingdom (UK)-based chamber called, “Matrix”. This lawman, the politician said, is a Professor of Law at the Oxford University.

Following Venezuela’s rejection of proceedings at ICJ on the longstanding border controversy with Guyana, the ICJ has requested that written pleadings in the matter must first address the question of its jurisdiction.

The Minister has expressed confidence in meeting this timeline, noting that “Guyana is on track.”