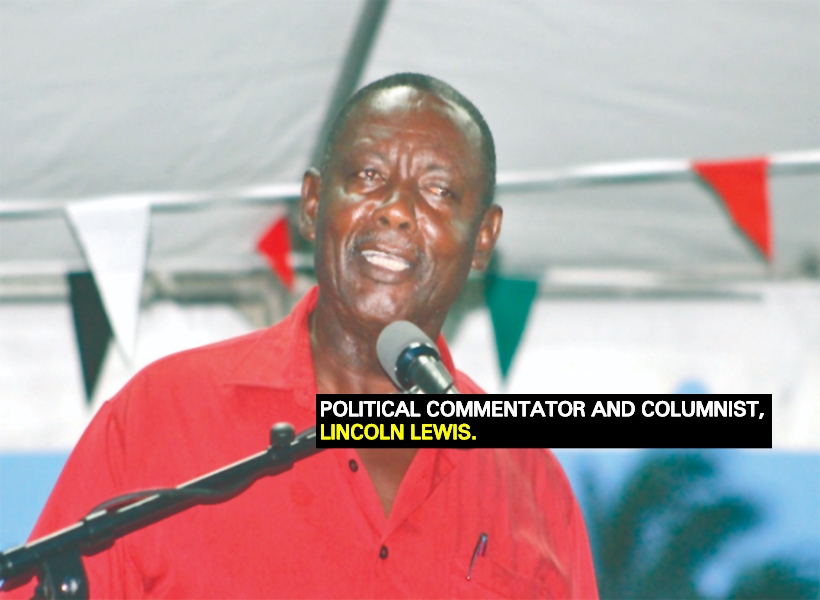 Foreign intervention being the impetus to kick-start talks between the government and opposition, is a manifestation of the “sad state” of governance which exists within the Guyanese society, says political commentator and columnist Lincoln Lewis.

The trade unionist is referring to the intervention by former US President, Jimmy Carter to have a resumption of talks between the governing coalition, and the Parliamentary Opposition, the People’s Progressive Party/Civic (PPP). Lewis in his recent column noted that the engagement between President David Granger and Leader of the Opposition Bharrat Jagdeo on July 19, last, signals an encouraging sign.

Emerging from the meeting, the Opposition Leader informed the media that the engagement came about because of the intervention of former United States (U.S.) President Jimmy Carter, who spoke to the President and himself as to the necessity of meeting and having dialogue.

The Opposition Leader and the President, have since indicated their willingness to cooperate in the areas of crime, the emerging oil and gas sector, and the environment.

“The revelations and admissions surrounding the July 19 meeting speak to a sad state of governance in our society, where the political leadership requires foreign intervention to engage in basic civility and uphold the Guyana Constitution,” Lewis wrote.

He added that the issue reinforces that Guyana’s problem is not necessarily the Constitution, but the want of the will of the leaders and citizens to enforce and respect it. Lewis said that the President and Opposition Leader are elected and paid by the citizens to hold constitutional offices, and are expected in the execution of their duties to take into consideration, the hopes, aspirations and desires of the people to live in harmony.

“Holders of these offices ought to be reminded that they have constitutional roles to discharge on behalf of the citizenry, and this they must. The question, only they can answer is, ‘Why it had to take Carter to cause them to come to the table when their own constituencies have been calling for same?’ Are we to believe that as a people our voices,
our influences, are not important to these politicians?

Ours is a representative democracy where our leaders must be representing our interests and the 19th July meeting gives the clear impression that while we elect them to do so, their agenda is not being determined by us,” The outspoken Lewis penned.

With Carter being responsible for bringing the leaders to the table, the citizenry must find ways to
make sure that they remain there, Lewis said.