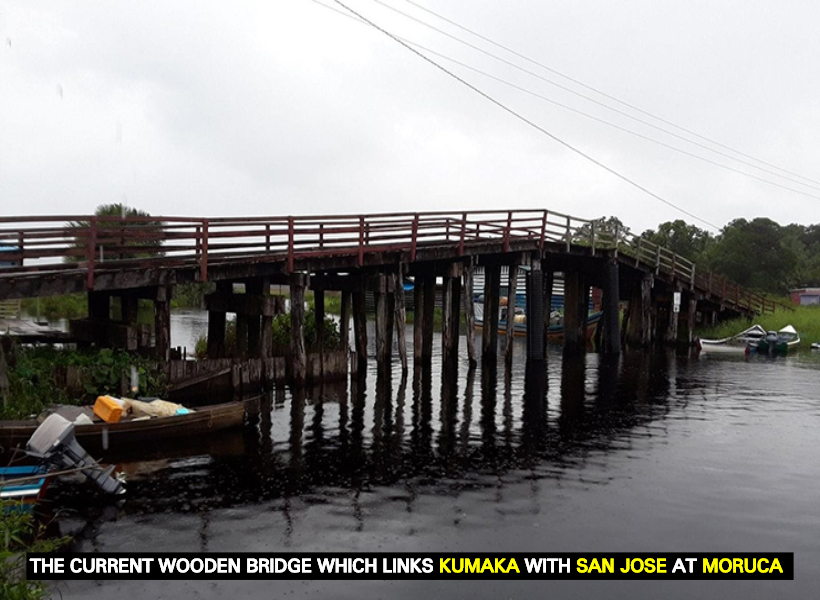 Four years after the People’s Progressive Party/Civic (PPP/C) regime spent some $58M to upgrade the Moruca bridge in Region One (Barima/Waini), the dilapidated structure will soon be replaced by a spanking concrete structure to the tune of $120M.

The construction of the link will see the fulfilment of a commitment that was made to the residents of the sub-district by the governing coalition when it won the May 2015 General Elections. Works are expected to begin shortly.

The company has already mobilized needed equipment and the geotechnical investigations have also been completed.

“We will not be replicating the mistakes of the past. We made a commitment to you and I’m pleased to say, will fulfil it,” Minister Patterson told Morucans at a recent forum.

The dilapidated Moruca bridge was constructed in the 1980s to facilitate pedestrian traffic only. It was constructed at a cost of $43M to cater for vehicular traffic. An additional $15M was spent on revetment works to the eastern end of the bridge in 2014.

The structure has been used in the past by the administration and some civil society bodies, to solidify claims of the PPP’s inability to have proper oversight with regards to projects being done in the hinterland.