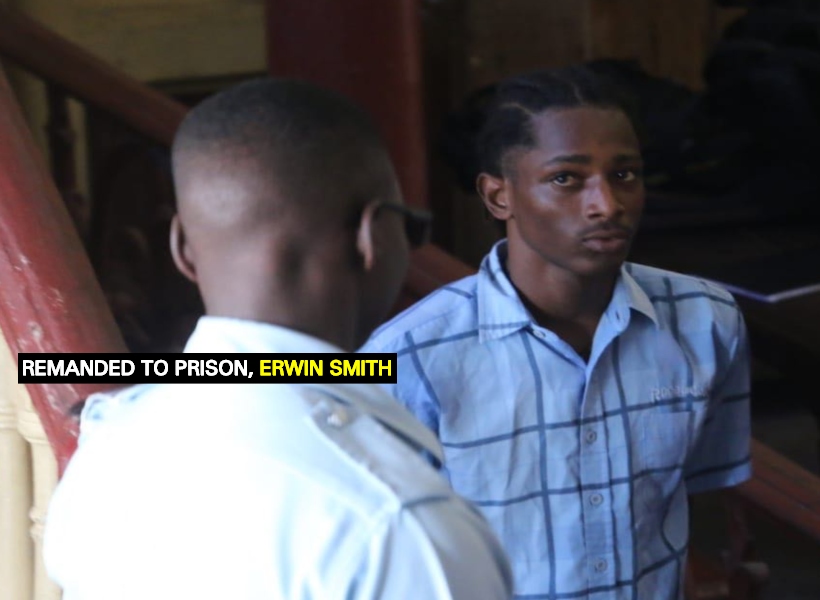 A teenager, who dealt a bus driver a stab to his neck for refusing to facilitate a free drop, was this morning slapped with an attempted murder charge.

The allegation against Smith stated that on July 30, at Avenue of the Republic, he cause grievous bodily harm to James Abrams, with intent to murder him.

The unrepresented teen was not required to plead to the indictable charge after it was read to him by the Magistrate.
Police Prosecutor, Neville Jeffers objected to bail being granted to the defendant citing the serious nature of the allegation and the fact that the victim’s injury is life-threatening.

Facts presented by the prosecutor stated that on the day of the incident, the teen approached the virtual complainant, who is a minibus operator and asked him for $100 to go home and he refused.

The court heard that the teen then sat in the bus and asked the driver to drop him home for free, the bus driver and the teen then got into an argument and the teen pulled out a pair of scissors from his pocket and dealt him a stab to his neck.

The victim fell to the ground and was picked up and rushed to the Georgetown Public Hospital Corporation (GPHC) where he was seen by a doctor and was admitted.

The matter was then reported and the defendant was arrested and charge for the offence.

The Chief Magistrate, after listening to the Prosecutor facts, remanded the teen to prison. She also instructed that he be placed under the supervisor of a probation officer until the completion of the Preliminary Inquiry (PI).

He will make his next court appearance on August 8 for report.