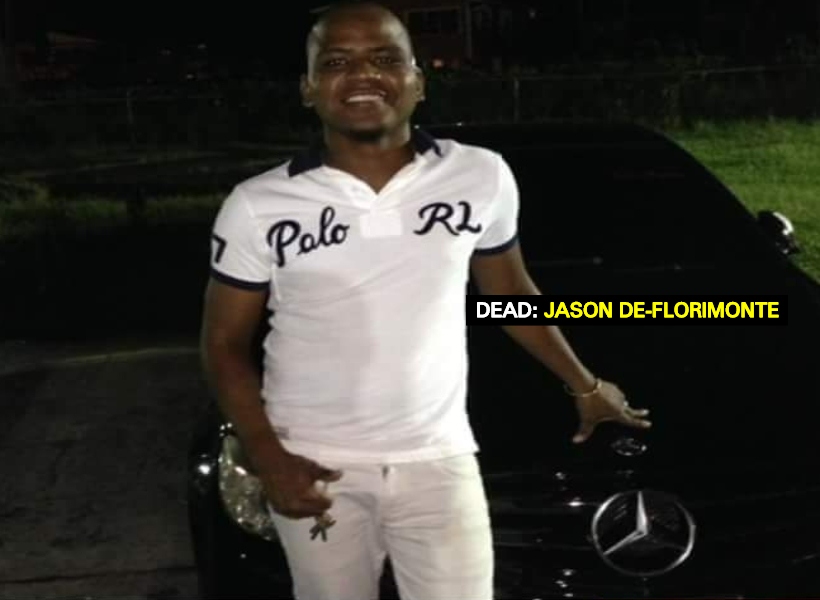 A popular businessman shot and killed his neighbour around 01:45 hr this morning. Reports are that the victim stormed into his killer’s Subryanville, Kitty business place in an attempt to attack the handyman.

The victim has been identified as 30-year-old Jason De-Florimonte, of Lot 96 Fifth Avenue, Subryanville.

De-Florimonte was shot about four times to the chest inside the Tourist Villa Hotel and Bar located next to his home.

Bloodstains in front of the villa and on the road suggests that the victim ran out of the premises after being wounded. Guyana Standard understands that he eventually collapsed on a parked car opposite his home.

Georgetown Public Hospital Corporation (GPHC) sources said that the 30-year-old was already dead when he was taken there.

The suspect, who is a licensed firearm holder, is in police custody.

According to information received, De-Florimonte and his girlfriend, Christine Rambarran had a misunderstanding at their home and he attempted to hit her.

A handyman who works at the Tourist Villa—upon seeing the commotion, confronted the 30-year-old man, who became enraged.

The Guyana Standard was told that De-Florimonte, who is suspected to have been under the influence of alcohol, ran over to the villa with a knife to confront the handyman.

The police said that the handyman ran into the villa but before he could have related what had happened to his employer, De-Florimonte stormed in—resulting in the businessman opening fire.

There are reports that the businessman and the victim had been at war for several years.