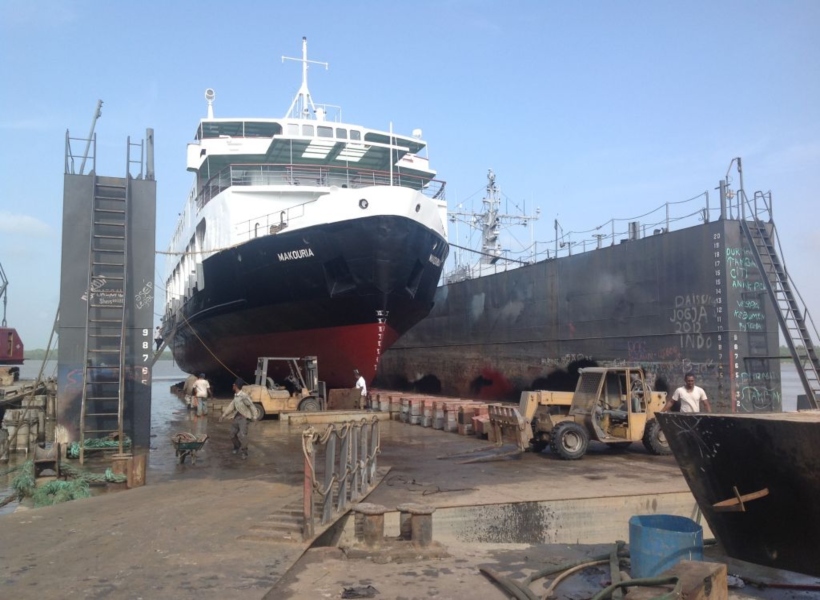 According to the State Minister, Joseph Harmon, the contract which entails docking and rehabilitation, was awarded to the Guyana National Industrial Corporation (GNIC), to the tune of $69,895,000.

The procuring entity is the Transport and Harbours Department (T&HD) of the Ministry of Public Infrastructure (MPI).

Back in 2014, the government injected approximately $135M for rehabilitation works on the vessel which returned to the waters on April 7, 2014 after a 30 day hiatus.

The vessel plies the Parika/Bartica route.

During its docking in 2014, significant parts of the vessel underwent major repairs including its hull, internals and super structures.

Works were also done on the shafts, propellers, rudders, rudder stocks and everything pertaining to brushings. A new canteen was also installed along with the remedying of the plumbing system, and the upgrading of electrical components.

This $69.8M upgrade will take the total of monies spent on the ship within the last four years, to approximately $204.8M.

This figure translates to $51M annually, or $4.2M monthly.

The vessel is not the only one that falls under the purview of the T&HD.  In fact, the department has a fleet of eight vessels inclusive of two motor barges.

The MV Makouria was constructed by Ferguson Shipbuilders, Yard No 428, Port Glasgow in 1959 United Kingdom. It was officially on July 23, 1959, and towed to Guyana.

Originally, on the Demerara River crossing, by 2005 it was transferred to the Berbice River service between Rossignol and New Amsterdam.