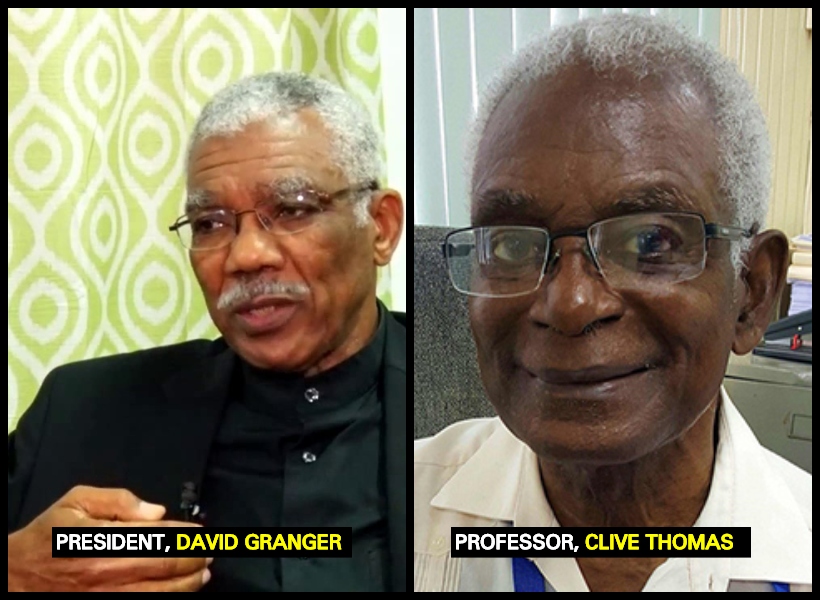 President David Granger today said that there is “no evidential basis” for the suggested cash payout to households from the expected Oil and Gas revenues.

His comments would come on the heels of a recommendation by economist, Professor Clive Thomas who recently suggested that the government should consider annual cash transfers of $1Million (US$5000) to poor households.

President Granger made it clear that he has not received a formal proposal from Dr. Thomas in this regard.

“I have not considered that proposal, it is outside of the recommendations of the Sovereign Wealth Fund, also called the Natural Resources Fund and I don’t know that there is a precedent for it.”

The Head of State reminded of the quintet of ministers and the newly appointed Head of the Department of Energy, Dr. Mark Bynoe, are advising him on matters related to the Oil and Gas sector.

On Wednesday, during the 96th Sitting of the National Assembly, Minister of Finance, Winston Jordan laid the Government’s ‘Green’ paper on the Natural Resources Fund for consideration by the House. It is expected that before the year has ended, legislation will be enacted that will see the prudent management of the petroleum resources.

The ‘Green’ paper presents preliminary proposals which are expected to stimulate discussions. It also details specific issues and possible courses of action in terms of policy and legislation. It also elaborates on the necessity of the establishment of a Sovereign Wealth Fund. (The Department of Public Information)