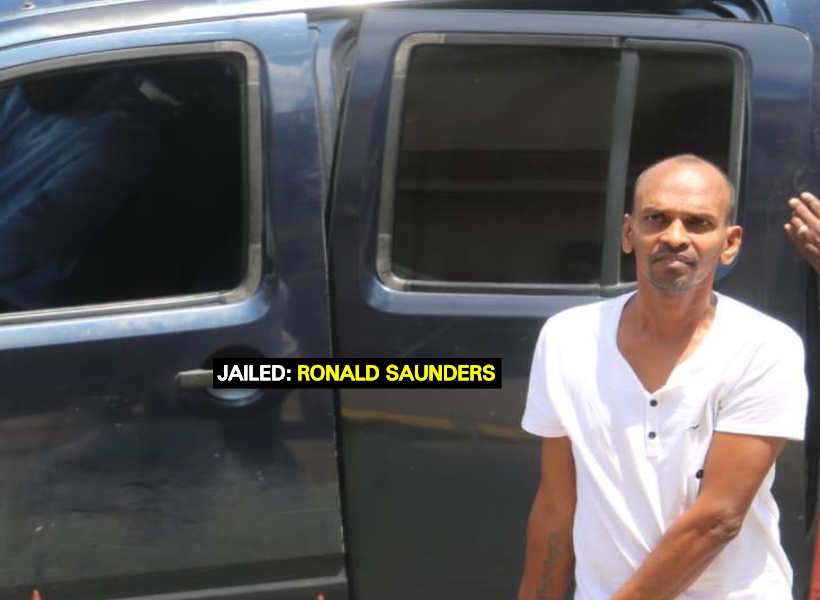 “Look I can’t turn back the hands of time. I took the $2.7M and purchase phones,” were the words of a convict before he was sentenced to 56 months imprisonment on a fraudulent conversion charge.

Ronald Saunders, 48, who was recently released from prison, appeared before Principal Magistrate Judy Latchman this morning.

He pleaded guilty to the charge which stated that on August 6, at Hadfield Street, Georgetown, while being solely entrusted by Lancelot Bacchus with $2.7 M in order that he purchase and deliver two tractor engines, and return same to Bacchus, he fraudulently converted the money to his own use and benefit.

Saunders, when asked by the Magistrate why he converted the money to his use and benefit, stated “I’m very much sorry for what I did but it already happen.”

Facts presented by Police Prosecutor, Quinn Harris, stated that the victim and Saunders are known to each other for the past two months.  The court was told that Saunders is employed as a security guard at Bacchus’ home.

The court heard that Saunders persuaded Bacchus to start up a mining company.

As a result, the victim gave him $2.7 M to purchase two tractor engines.

However, Saunders converted the cash to his own use and benefit.

The Magistrate, in coming to her ruling, told the court that she took into consideration Saunders early guilty plea, the prevalence of the offence and the fact that he was placed in a position of trust.

She sentenced him to 56 months imprisonment.