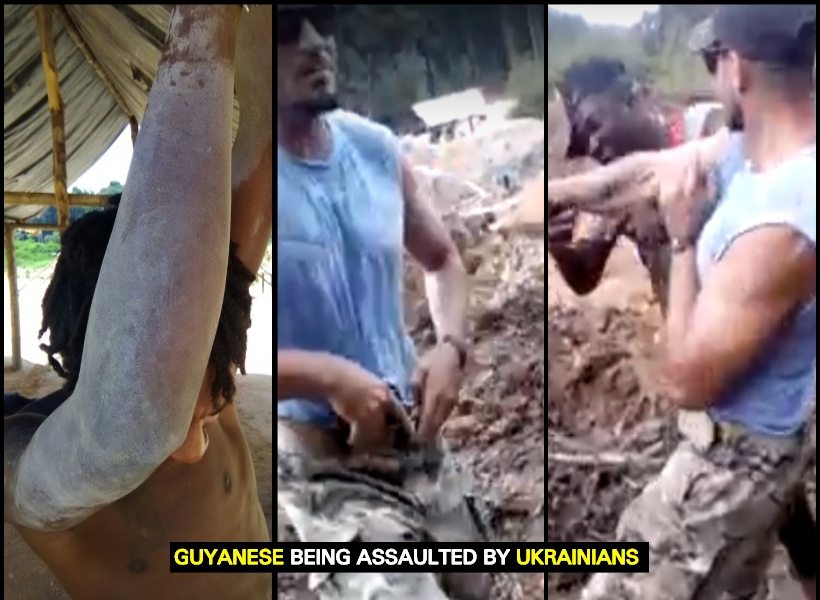 The Director of Public Prosecutor (DPP) Shalimar Ali-Hack has recommended criminal charges against two Ukrainians who were seen in a video footage assaulting local miners. The video was released two Fridays ago.

The Guyana Police Force said that the Ukrainians as well as local miner Clarke will be charged separately with contravention of the Private Security Services Act of 2009 for failure to wear their prescribed uniform.

They will be charged tomorrow.

According to information received, the local miners were executing their normal duties on their employer, Hopkinson Mining Logistics’ claim when they were confronted by the foreigners who are employed by the West Bank Demerara Gold Inc.

Based on the video footage, the foreigners attempted to prohibit the Guyanese miners from entering further up their employer’s claim. They then demanded documents to prove the claim belonged to Hopkinson Mining Logistics.

When one of the local miners refused to cooperate, a foreigner punched him in the face twice before pulling a gun on him and his colleague. This incident reportedly occurred April last.

In another incident, there are photographs showing what is assumed to be a Guyanese miner handcuffed to an overhead rafter. He was standing with his head down. It seemed like the miner was tortured, possibly kidnapped, and kept somewhere in the interior locations.

While police ranks were able to track down the Ukrainians in the video footage punching the local miners, the individual who was seen in the photograph handcuffed to the rafter has not been located as yet.