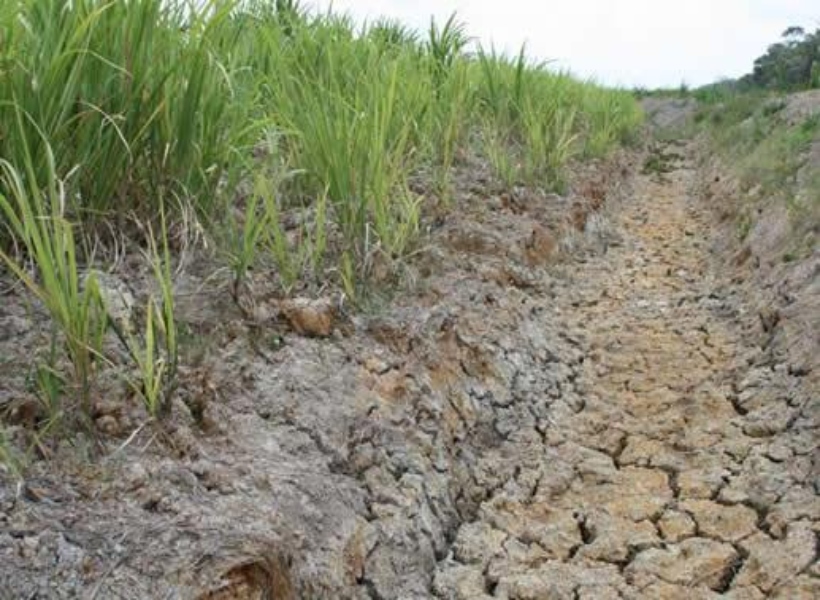 In the coming weeks, farmers are advised to carry out water conservation practices as the dynamic and statistical El Niño Southern Oscillation (ENSO) models predict weak to moderate El Niño conditions through to December, 2018.

The Hydrometeorological Department has advised that Guyana is now transitioning into the long dry season which usually lasts until the end of November for northern Guyana, and is expected to end in late April, 2019 in southern Guyana.

“The absence of rainfall does not indicate a drought situation, but rather a period of dry spells. As a consequence, citizens are advised to conserve water until the start of the secondary rainfall season at the end of the year. Areas in the Rupununi Savannahs that rely on shallow wells and small streams for their water supply should enforce strict water conservation and storage practices during this period as flooding from swollen streams and rivers due to heavy rainfall is unlikely during this period,” Dr. Cummings said.

Additionally, persons are being encouraged to manage and closely monitor freshwater resources to ensure maximum efficiency, and to avoid emptying of conservancies during this period.

According to surface analysis, the Intertropical Convergence Zone (ITCZ) has been meandering between 5º N and 8º N. Additionally, tropical waves are recorded as passing further to the north of Guyana. These factors will continue to produce weak to moderate atmospheric instability over the country’s northern Regions (1 to 4). As the season progresses, these systems will cease to affect Guyana.

The Hydromet Department encouraged the use of water troughs, where possible, to provide water for livestock during dry periods. Furthermore, during periods of downpours, techniques such as water harvesting should also be practiced as the probability of dry spells will increase during the season.

Output from the Seasonal Climate Outlook model for September to November, 2018 suggests that Guyana will experience the usually dry conditions experienced during this time of the year. However, there are slightly higher chances for wetter than usual conditions for northern Guyana.

Usually, northern Guyana would experience 15 to 32 rain days (days with more than 1 mm of rainfall) from September to October. However, the Seasonal Climate Outlook model suggests there will be between 15 to 34 rain days in the upcoming season, of these up to 2 events can lead to extreme flooding. Temperature forecasts also suggest cooler than usual day time temperatures and warmer nights. Gradual build-up of heat can also be expected as the season progresses.

The Hydromet Department further cautioned all stakeholders, that while the country is transitioning into the dry season, there can still be periods of heavy downpours that can create the conditions for localized flooding.

Updates on the Department’s seasonal brief will be provided as new information becomes available. Persons desirous of information on short term forecasts and weather analyses are advised to follow the daily weather brief, outlooks and advisories produced by the National Weather Watch Centre or visit www.hydromet.gov.gy or contact the Forecast Desk on 261-2284/261-2216.