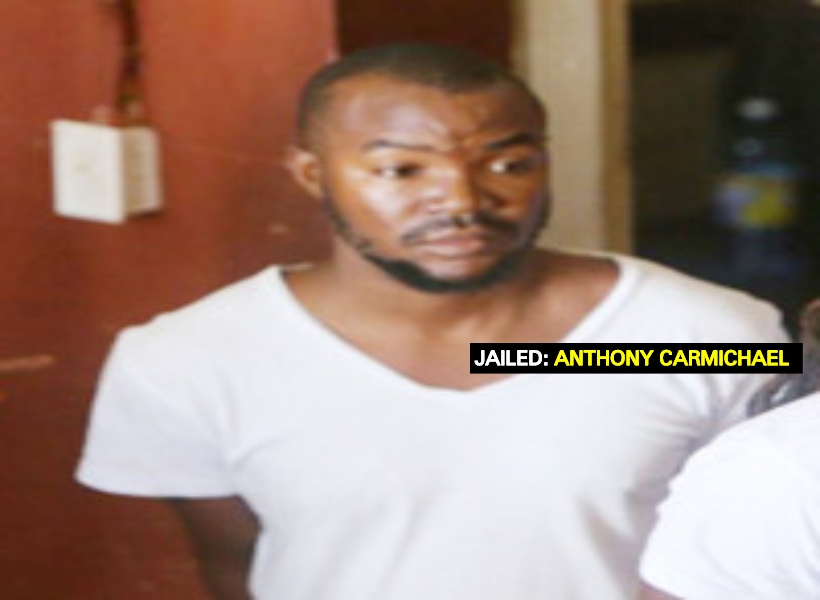 According to reports, on the day in question, ranks from CANU found motorcar PKK 1609 with a quantity of wrapped packages of marijuana in the backseat of the vehicle.

It was reported that Carmichael was the driver of the said vehicle, but fled the scene before officers arrived.  Based on information received, the police issued a wanted bulletin for him.

Magistrate Latchman, in coming to her ruling, told the court that she is of the opinion that Carmichael had knowledge, custody and physical control of the marijuana.

According to the Magistrate, she believed the evidence led by the witnesses called by CANU Prosecutor Konyo Sandiford. She said that prosecution was able to prove the case against Carmichael beyond reasonable doubt.

In arriving at a sentence, the Magistrate took into consideration the prevalence of the offence. She pointed out that the court has to impose a sentence which will serve as a deterrent.

Magistrate Latchman added that she also considered the quantum of drug involved and the manner in which it was concealed to be trafficked thereafter.

A teary Carmichael, upon hearing he was sentenced, stated, “This is a whole set up. Just because they found my driver license in the car don’t mean I bring ganja to town. I am innocent of the offence.”