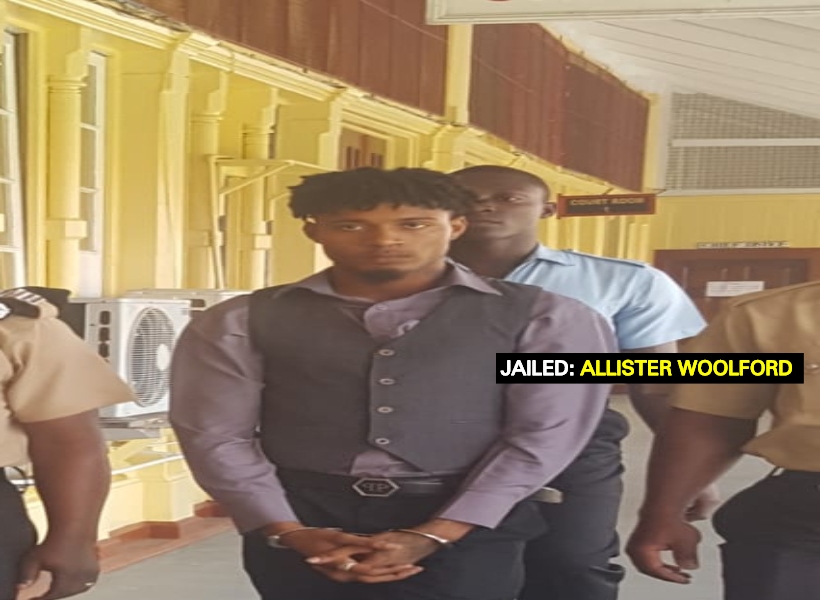 Twenty-four year old Allister Woolford was this afternoon handed a 15 years jail sentence following his conviction about one month ago on a manslaughter charge.

Woolford, who had served in the Guyana Defence Force (GDF), was convicted of the crime by a 12-member mixed jury on July 30, 2018. However, sentencing for him was deferred until today after his lawyers requested that a probation report be presented to the court.

On December 8, 2014 at Lot 100 Republic and D’Andrade Streets, Kitty, he unlawfully killed Howell.

Based on reports, a gun went off and Howell was shot in his neck. He was rushed to the Georgetown Public Hospital (GPH) where he eventually succumbed almost three weeks after the incident.

His upper spinal cord was reportedly damaged as a result of the shot and he never regained consciousness.

During November 2014, Woolford was charged with Attempt to Commit murder after Howell remained in a critical state at the Georgetown Public Hospital, days after the shooting.

However, after Howell succumbed the charge of Attempt to Commit murder was withdrawn, and a new charge for manslaughter was instituted against Woolford.

The probation report revealed that Woolford grew up with his mother since his father, who has been incarcerated since 2009, played no meaningful role in his life.  His mother worked as a hairdresser/pastry maker.

It was detailed in the probation report that Woolford dropped out of school in the ninth grade due to financial constraints his family faced.

According to the report, in an effort to help support his family the then teenager gained employment as a construction worker and enlisted in the GDF when he turned 18. The probation report highlighted that everyone, even personnel at the Lusignan Prisons and at GDF has described Woolford as a very quite person.

GDF officials said that Allister was a much disciplined soldier who possessed the necessary qualities to reach far.

Unfortunately, he lost his job due to the incident. Woolford is expecting his second child with his girlfriend who is currently two months pregnant. He has a three-year-old daughter from a previous relationship.

Woolford retained Attorneys-at-Law Hewley Griffith and Compton Richardson. The case for the prosecution was presented by State Counsel Abigail Gibbs and Mandel Moore.

Woolford has been on trial before Justice Sandil Kissoon at the High Court in Georgetown.