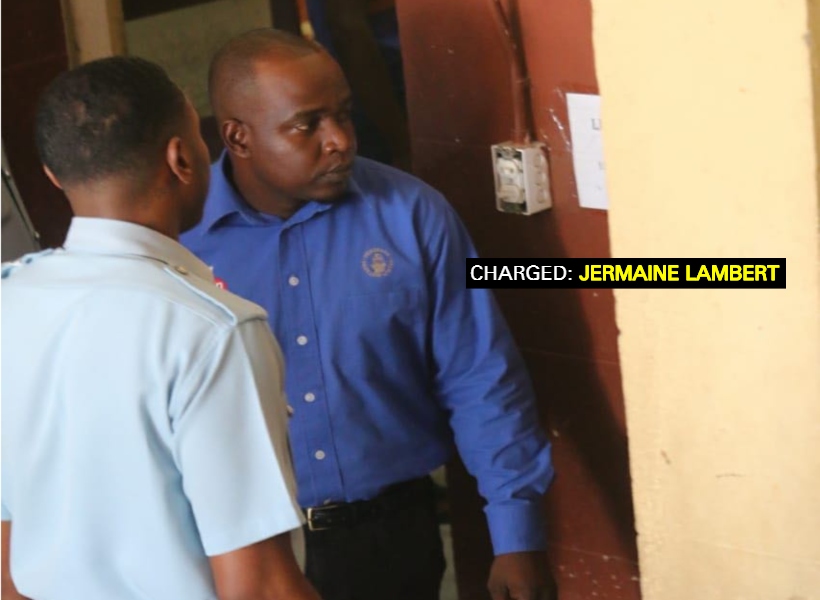 A 35-year-old minibus driver, who overtook another bus and struck a pedestrian, was this morning charged and released on $350,000 bail.

Jermaine Lambert, of Westminster, West Bank Demerara, denied the charge which read that on June 16, 2018 at Lombard Street, Georgetown, he drove minibus BRR 5039 in a manner dangerous to the public causing the death of Richard Barker.

Lambert was represented by Attorney, Adrian Thompson who asked the court to grant his client bail in a reasonable amount.

The lawyer went on to tell the court that his client is not a flight risk citing that he was released on $100,000 station bail and was reporting to the Ruimveldt Police Station.

While Police Prosecutor, Gordon Mansfield had no objection to bail being granted to Lambert, he asked that it be a substantial amount and conditions be attached.

Facts presented by the prosecutor stated that on June 16, last, at about 16:30 hrs the defendant was driving minibus BRR 5039, proceeding north along the western side of Lombard Street.

He added that at the time of the accident, the defendant’s minibus was at the rear of another minibus proceeding in the same direction.

The driver of the unknown minibus saw the now deceased attempting to cross the road and he slowed down to allow him.

The defendant then overtook the unknown minibus and collided with Barker.

The court heard as a result of the collision, Barker fell to the ground and was rushed to the Georgetown Public Hospital in an unconscious state.

On July 5, Barker died at the said institution without regaining consciousness.

The matter was reported, an investigation was carried out and the defendant was arrested and charged for the offence.

The Chief Magistrate, after listening to the Prosecutor facts, ordered the defendant to lodge his passport with the court until the hearing and determination of the trial.

The Magistrate also suspended his driver’s license until the completion of the trial.

He was also told to report every Friday to the officer in charge at the Ruimveldt Police Station.

The father of two will make his next court appearance on September 13, for statements.