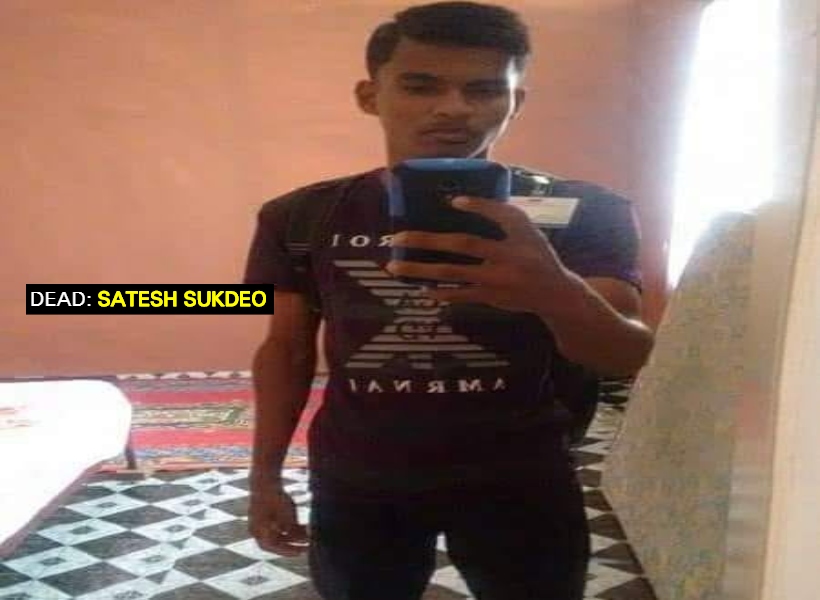 A 21-year-old student attached to the Guyana Technical Institute (GTI) was stabbed to death around 21:00 hrs today by his father.

Satesh Sukdeo called Kevin of Lot 217 Fifth Street, Foulis, East Coast Demerara (ECD) was stabbed to the chest—just under his left nipple with a piece of louvre window that is about five inches in length. He was pronounced dead at the Georgetown Public Hospital Corporation (GPHC).

His father, Mohan Sukdeo called “Wire” has been arrested. He was under the influence of alcohol at the time of the murder.

According to information received, the suspect and his wife had an argument over the 21-year-old victim. The suspect alleged that the deceased was “showing off.” The full nature of the argument is not available at this time.

The Guyana Standard has been informed that during the dispute between the couple, the suspect reportedly choked his spouse, causing her to faint and fall to the ground.

At this point, the deceased and one of his brothers confronted their father—resulting in the suspect breaking a louvre window that was in proximity and stabbing the deceased. The GTI student was stabbed once.

A police source said that the victim was rushed to the hospital where he was pronounced dead.

The suspect was subsequently arrested.

This news agency was told that the suspect is an alcoholic and would often physically attack his wife and children.