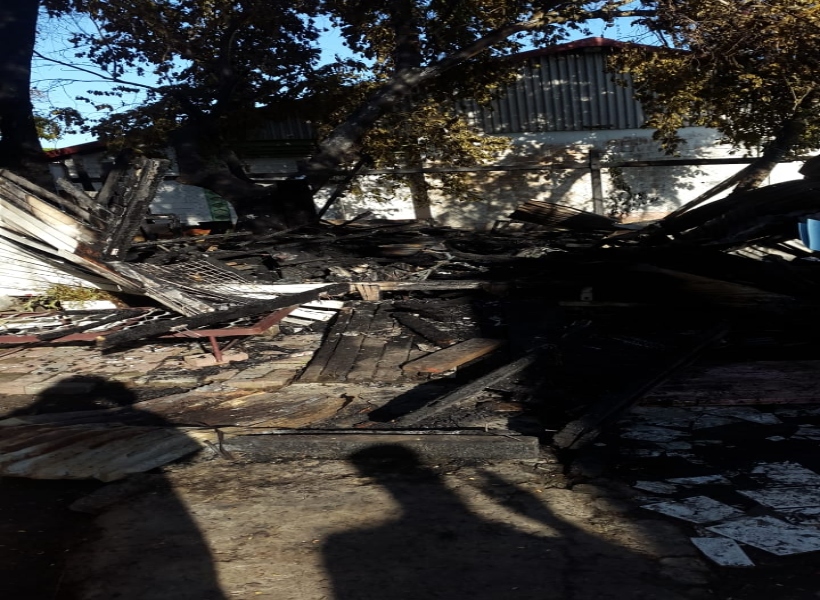 A turbulent relationship came to a tragic end Sunday night when a woman—said to be constantly abusive—allegedly murdered her alcoholic husband and left him to burn in a fire at their West Ruimveldt, Georgetown home.

Investigators believe that it was the suspect, Joel Coats who set fire to the house she previously shared with the victim.

The charred remains of the victim, Christopher Bramble, called Harry, was discovered among the debris when fire-fighters extinguished the blaze that completely destroyed the one bedroom property.

Initially, the suspect had lied to neighbours, claiming that the victim was not in the house when she was rescued.

However, the shocking discovery was made when the fire was extinguished and firemen were trying to ascertain the cause of the blaze.

It is suspected that the woman might have attempted to kill herself in the blaze since the door to the house was chained and padlocked.

The Guyana Standard has been informed that when the fire started, neighbours attempted to break the door to rescue the screaming woman but failed. The residents had to break a window to get her.

Reports are that after she was rescued, she claimed that her husband had left the house about an hour earlier. She was arrested only after the body was found.

The woman, according to information received, was constantly abusive towards the victim. Neighbours claimed that she stabbed him once and physically assaulted him on numerous occasions.