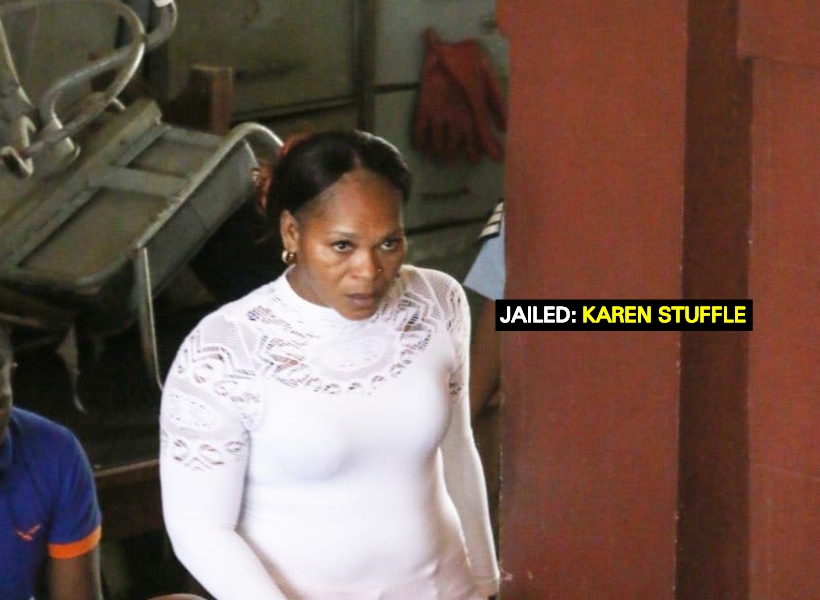 “ I am very sorry and it won’t happen again,” were the words of a hairdresser who pleaded guilty to attempting to take over three pounds of cocaine to New York through the Cheddi Jagan International Airport, Timehri.

The woman was today sentenced to four years imprisonment and fined $2.3 M for the offence.

She pleaded guilty to the charge which alleged that on September 9, 2018, at the Cheddi Jagan International Airport, she had in her possession 1.142kilograms of cocaine for the purpose of trafficking.

Facts presented by Custom Anti Narcotics Unit (CANU) Prosecutor, Konyo Sandiford stated that on the day in question, Shuttle was an outgoing passenger on BW 526 at CJIA destined to JFK New York.

The court heard that when Stuffle checked in her luggage, a CANU rank, acting on information, approached her and informed her of his suspicion that she had ingested and inserted narcotics.

She was then taken to a search room and a body search was conducted on her.

A plastic wrap object was seen in her vagina and it was retrieved. The said object was probed and a whitish substance suspected to be cocaine was seen.

The court heard that the woman, upon seeing the whitish substance, turned to the officer and said “ That’s all the cocaine I have on me.”

She was then arrested and taken to Custom Anti Narcotics (CANU) Headquarters, where the object was weight and marked in her presence.

While in custody Stuffle gave a statement outlining her suppliers.  The woman was then escorted to a City Hospital where an x-ray was conducted.

That examination revealed foreign objects in her intestine.

The prosecutor added that the woman was admitted as a patient at the institution and between the periods September 10 and September 11  she excreted a total of 100 pellets suspected to contain cocaine.

Sandiford went on to tell the court that based on information received from the woman, ranks were able to arrest three persons and further investigation into the matter is ongoing to arrest a fourth person.

The woman who was seen crying throughout the court proceeding told the court “ I’m very sorry for what I did. I will not be doing it again.”

The Chief Magistrate, after listening to the Prosecution facts, told the court that she took into consideration, the woman’s early guilty plead and the fact that what she did was wrong.

Hence, she was sentenced to four years imprisonment and fined $2.3 M.