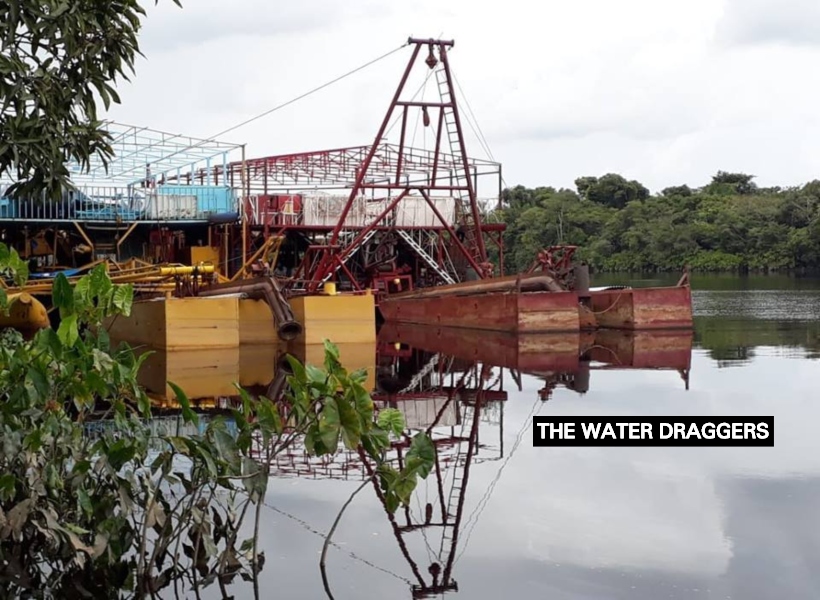 The intervention of Minister of Natural Resources, Raphael Trotman has led to the removal of two water draggers used in Linden from the mining industry.

A few weeks ago, two draggers were intercepted by police and regional officials resulting in some Brazilian miners being taken into custody.

Following concerns raised by residents about water pollution earlier in the year, Minister Trotman called for an investigation into a move to commence gold and diamond mining in the Upper Demerara River districts by a private company. A report was requested from Acting Commissioner of the Guyana Geology and Mines Commission (GGMC), Newell Dennison and the Environmental Protection Agency (EPA) was tasked with participating in the subsequent investigation.

Regional Chairman, Renis Morian disclosed that the draggers have left the town and he along with the residents are grateful for Minister Trotman’s timely intervention. The minister assured Morian that the situation where miners fail to follow the necessary procedures will not be tolerated.

Morian noted the RDC is not averse to investors, but the health and wellbeing of the residents and the safety of the environment are paramount. The Demerara River is a source of water for over 18,000 residents. The river also supplies hundreds of Indigenous residents of the Great Falls area. Morian posited that any mining operation of such magnitude should accrue benefits for the residents in the form of jobs, direct payments or royalties.

Last year, the Ministry of Natural Resources prevented mining in the Parish Peak, Upper Berbice, following concerns over contamination of the environment. A Biodiversity Assessment Team (BAT) survey in 2014 had determined that the area is important for biodiversity, as the Upper Berbice River Region comprises pristine lowland forests containing diverse and abundant wildlife.