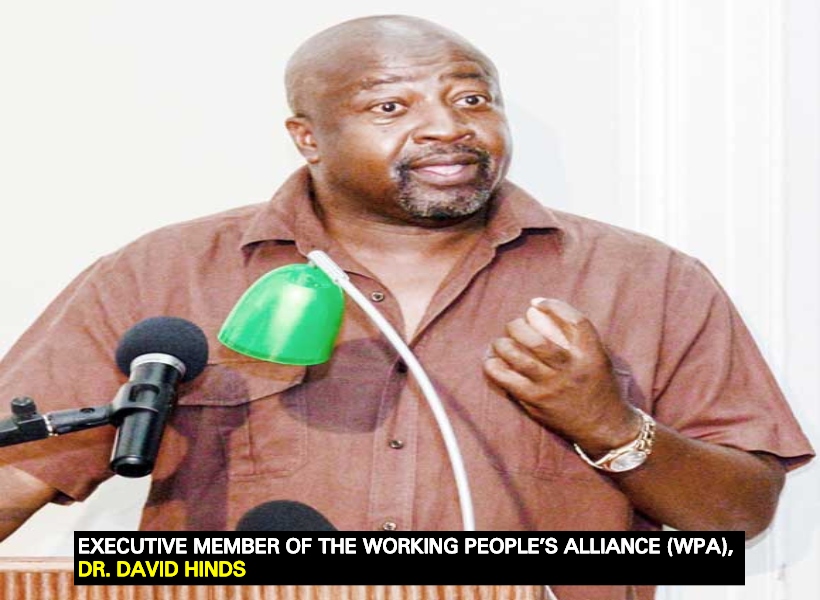 Executive Member of the Working People’s Alliance (WPA), Dr. David Hinds is “embarrassed” and “disgusted” with the way the coalition administration is treating public servants.

In fact, the political commentator said that when it comes to the nation’s teachers and sugar workers, the APNU+AFC Government has displayed nothing but “gross disregard and disrespect.”

During an interview with the Guyana Standard, the University Professor said, “I am just saddened by the way in which the government is dealing with the call by teachers for improved payments and working conditions. Here you have the Guyana Teachers Union calling for betterment and the government is treating them as if they are the enemy. This impasse over the arbitration process, where there is a rejection of the nominees from Government and the Union does not augur well for amicable relations.”

Dr. Hinds continued, “The Government is not meeting the teachers half way. Then they are laying down the gauntlet and telling these people essentially, that they don’t care if they strike, they will make them bow to their pressure. I mean it is just horrible.”

The University Professor also reminded of the labour crisis in the sugar industry where 7000 workers have been forced onto the breadline due to government’s “callous approach.”

Dr. Hinds said that he agrees with the shrinking of the sugar industry, but he noted that there must be mechanisms in place to help the displaced workers transition to the next phase of their lives.

The newspaper columnist said, “The government has not sat down with the workers and reason with them. Once again, these people are being treated like the enemy, like they don’t matter.”

The political commentator said that the government needs to take urgent steps to improve industrial relations, “because as it stands, they are behaving worse than the previous regime.”