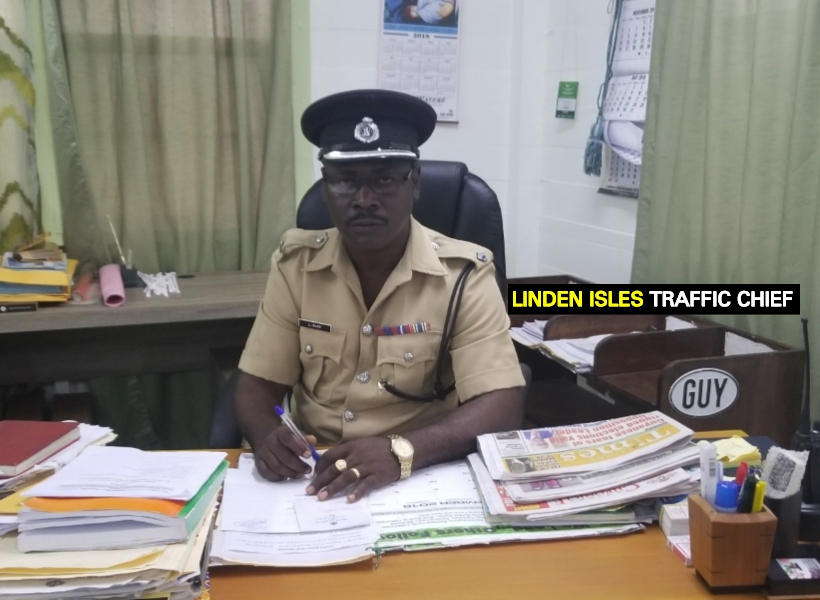 Having seen the lives of 64 people snatched in brutal accidents on the country’s roadways in the last eight months, the Guyana Police Force (GPF)’s new Traffic boss, Linden Isles, plans to tackle all potential traffic woes/issues through training exercises and educational awareness campaigns.

Isles, in an interview with the Guyana Standard today, explained that the first item on his agenda as the new traffic chief, is training for those police ranks that are tasked with monitoring the roadways across the country.

He acknowledged that there have been some issues when it comes to traffic ranks stopping people on the roads but believes that these unfortunate cases can be eliminated when ranks are better trained. Several ranks have already been earmarked for training.

“We are looking at the deficiencies in some of our ranks, and we intend to have them trained to deliver better services to the public,” Isles stressed.

Further to this, he said, “I am looking at the system we have in place presently and I started some work in developing my Traffic Education Department so as to have our educational programs—on the radios and televisions—sustained.”

Ranks in the Force’s Traffic Education Department will also receive training in communication so that information that gets out to the public is as accurate as possible.

“We are training our ranks first so when we put them out there, they are better equipped to serve you—the public,” he said, while adding that his Education Department will continue to offer awareness campaigns in schools.

Isles said that he believes the way forward for his department is through education—not only for his ranks but also the general public.

Meanwhile, the traffic department recently released a statement—claiming to have a 7.4 percent decrease in fatal accidents as of August, last. This figure represents 64 deaths.

The Guyana Police Force said that their findings have revealed the causes for the fatal accidents include speeding, driving under the influence of alcohol, inattentiveness, pedestrians crossing in the path of approaching vehicles and failure to observe the traffic signs.