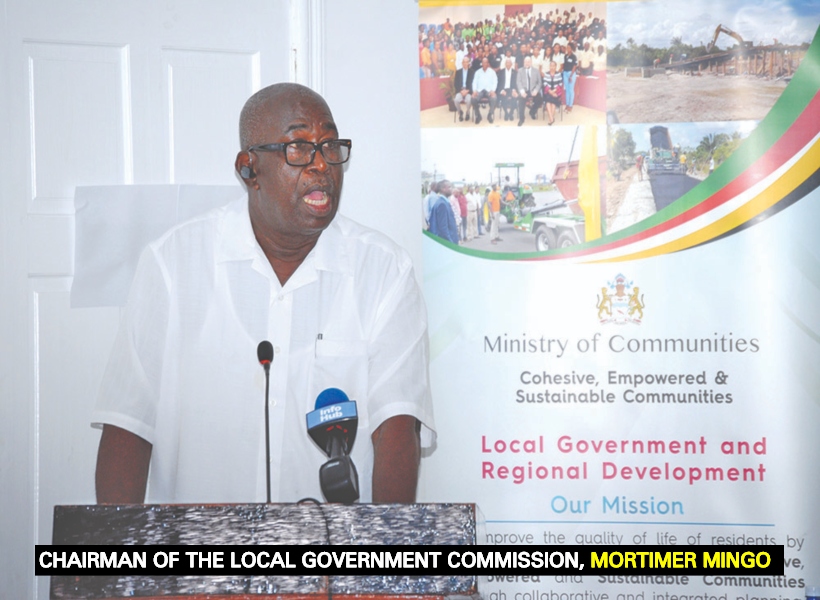 Chairman of the Local Government Commission, Mortimer Mingo, noted today that a Commission of Inquiry (CoI) will be launched into City Hall following innumerable complaints of corruption.

Speaking with the Guyana Standard a few moments ago, Mingo said that the CoI will be chaired by Justice Cecil Kennard, the former head of the Police Complaints Authority.

Asked to say what issues the CoI would be looking at, Mingo said, “Well, we have been receiving complaints of corruption for months now and the law mandates that we take serious action against it. These are not complaints we can ignore. There are complaints about contracts being awarded to friends and family, that procurement rules are being bypassed and many more. There are also allegations of officials pocketing PAYE contributions instead of paying it over to the unions.”

The LGE Chairman added, “There are hundreds of complaints against the Town Clerk for mismanagement of funds, for abuse of authority and so on. There are accusations that he has been running the place with total disregard for recommendations made by the financial department. So the Commission agreed that it was the right thing to do to send him on leave pending the outcome of the CoI. He goes on leave on Friday.”

Mingo said he believes that with Local Government Elections slated for November 12, the CoI is most needed and will “help the authorities that be to understand where the loopholes for abuse of funds are located and which systems need strengthening.”

“I believe that it is a timely exercise,” added the Chairman.

Public hearings for the CoI start on September 24 and come to an end October 31. The findings of the inquiry will be submitted to the Local Government Commission.