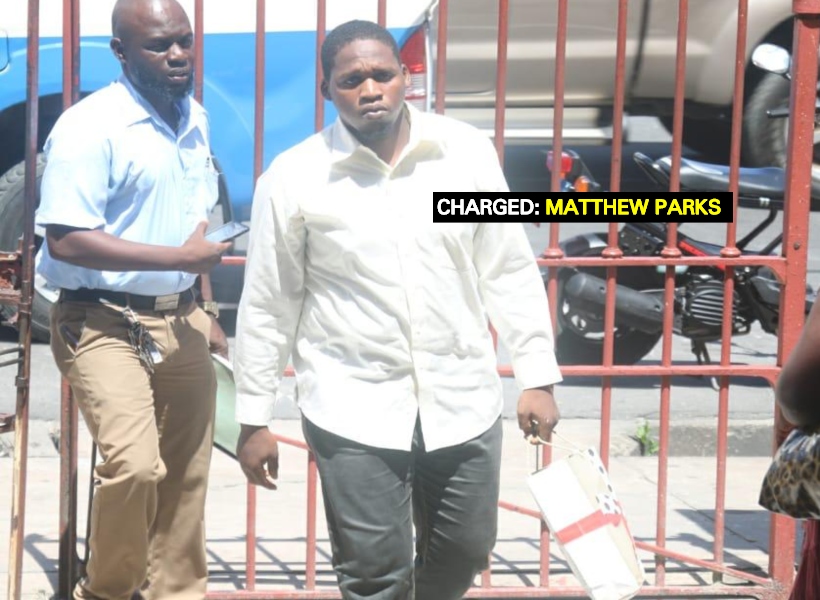 A fight between two men over a pack of cigarette has left one dead and one facing a murder charge.

Parks, who appeared to be calm, made his way into Chief Magistrate Ann McLennan Courtroom where the murder charge was read to him.

Parks was not required to plead to the indictable charge which stated that on September 13, 2018, at Durban and Chapel Streets, Lodge, he murdered 23-year-old, Roger Alleyne, a Guyana Water Inc (GWI) employee.

The incident occurred around 17:00 hrs last Thursday at a mini-mart located on D’Urban and Chappel Streets, Lodge.

It was reported that Alleyne of D’Urban Street, Lodge was stabbed twice to the chest and died at the Georgetown Public Hospital Corporation (GPHC) while undergoing surgery.

The defendant, who worked at the supermarket, was treated at GPHC having suffered minor injuries.

According to information received, the now deceased went to the supermarket on Thursday morning to purchase a pack of cigarette when he and the Alleyne got into an argument.

It was reported that the security guard at the establishment asked Alleyne to leave the premises.

Eyewitnesses alleged that it was the deceased who attacked Parks with a knife and bottle. Parks however, managed to over power his attacker and stabbed him twice.

Residents in the area intervened and both men were taken to the GPHC for medical attention where Alleyne succumbed.

Police Prosecutor, Cheryl Layne told the court that the Prosecution file is still incomplete and asked for three weeks.

The Magistrate, after listening to the Prosecutor, remanded the defendant to prison until October 10 for report.