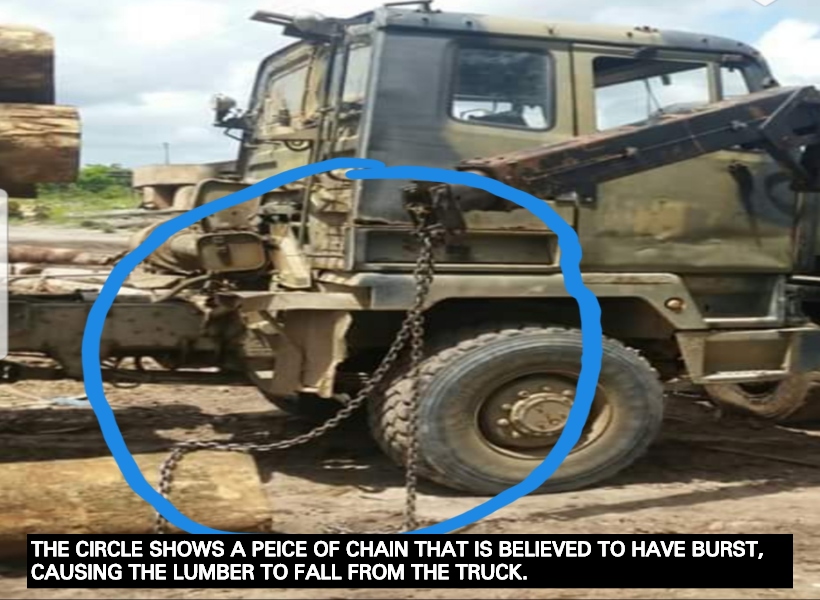 A 20-year-old Linden resident lost his life this morning when a piece of lumber fell from a truck and crushed him.

Stephen Brathwaite, a labourer of Lot 100 Block 22 Squatting area Wismar, Linden, died before he could have reached the Linden Hospital.

According to information received, the deceased was servicing one of the trucks in the company’s compound when he went to another truck to draw fuel from its tank.

The second truck was at the time, offloading lumber.

The Guyana Standard was told that it was while the deceased was drawing fuel that a piece of lumber fell from the struck and pinned him across his abdomen and thigh.

Workers were alerted by the labour’s screams but by the time they managed to remove the lumber and rushed him to the hospital, he was already dead.

The matter was reported and ranks visited the scene this morning and cardoned off the area where the 20-year-old was injured.