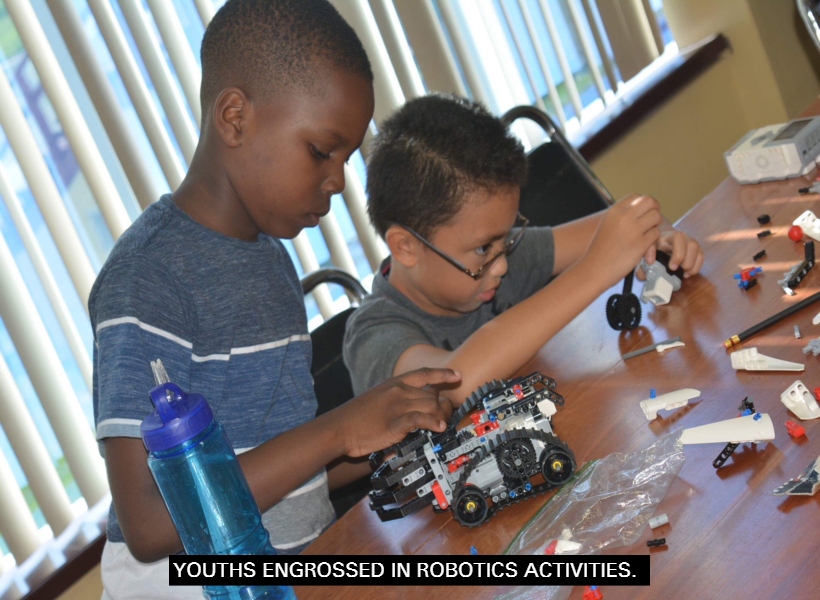 STEM Guyana will work with public and private local partners to host the IYRC league pre-qualifier competition in Guyana next year.  The competition is expected to attract more than 100 school teams, community centre clubs and other civil society organizations in the 7-12 yrs, 13-17 yrs and open categories of competition.  Participation in the IYRC competition means that Guyana now participates in two global competitions including the First Global competition in which Guyana has sent two national teams to represent the country in 2017 and 2018.

The 2018 IYRC will be held during the period November 30 – December 1 at Chulalongkorn University Bangkok, Thailand while the location of the 2019 competition in which Guyana will compete has not yet been announced.  For the young people participating in the robotics league, the  annual competition will be the culmination of months of preparation which will see students develop their technical skills while strengthening their communication, collaboration and critical thinking skills.

Co-Founder of STEM Guyana, Karen Abrams shared that Guyana’s participation will, for the first time, allow primary and secondary schools students and out of school youth in Guyana to join more than 100 nations in the world whose youth are able to benefit from participation and exposure to robot building and programming activities at the global level.  “Our young people will gain the confidence and expertise needed to excel at the global  level and the early exposure will ultimately benefit student Maths and Science performance,“ said Abrams.

“Our major challenge is to ensure that young people from all walks of life are able to participate, not just those whose parents and schools can afford robots,” said Abrams.  To that end, she added, “we are asking the private sector organizations to sponsor robot kits for clubs and schools in the communities in which their customers live.  We also thank the Office Of The First Lady, GTT, the Diaspora, the Department of Youth, the Ministry of Education and the Ministry of Public Telecommunications for their support in making the program possible,” said Abrams.

Abrams went on to note that the STEM Guyana plan for 100 STEM clubs in 2019 was ambitious, but with the support of the public and private sectors and the Diaspora, she is confident that everyone would work together to ensure that Guyanese youth are allowed the same opportunities to prepare for the future that children in wealthier countries are given.

STEM Guyana will certify more than 50 STEM club coaches in October 1 – 4, 2018 and plans a second session of another 50 potential coaches for the following week.  Schools and clubs interested in participating in the national league in 2019 are encouraged to call STEM Guyana at 592-616-4454 or email stemguyana@gmail.com to register for the October 8th-9th, 2018 training program.