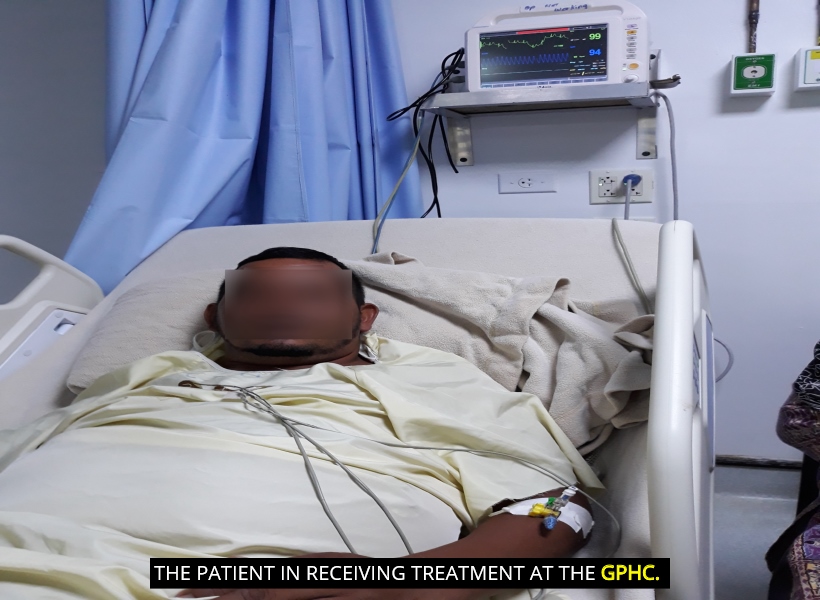 Even as health officials continue to raise concerns about an increasing number of patients presenting with heart disease, a 34-year-old man was the latest patient to undergo emergency cardiac intervention at the Georgetown Public Hospital Corporation [GPHC]. The man who hails
from the Essequibo Coast was at the time visiting Georgetown when he started experiencing severe pains to his chest.

Reports reaching Guyana Standard suggest that the man was first rushed to a private hospital but because of sufficient funds was transferred to the public hospital where he received free medical care.

At the public hospital it was confirmed that he was suffering from a massive heart attack. “My chest was just paining all the time. I don’t remember ever feeling pain like that in my life,” said the man on whom an angiogram was conducted to determine that he had a completely blocked artery.

Cardiac doctors at the hospital were able, in the nick of time, to place a stent into the patient’s blocked artery thereby helping to save his life. A stent is a small mesh tube that is used to treat narrow or weak arteries. The procedure, which is called coronary angioplasty, entails a stent
being placed in an artery thereby restoring the flow of blood.

According to the man, it was only after the completion of the procedure Saturday afternoon that the pain, he started suffering that caused him to be rushed to the hospital Friday, subsided.

The man, who is currently recovering in the GPHC’s Cardiac Intensive Care Unit, is expected to be discharged within a matter of days. He disclosed that doctors have since advised that he not only has to change his diet to include more healthy foods but he must also abstain from the consumption of alcohol and cigarette smoking as well. The man confessed that he has been smoking for the past 10 years but intends to desist from the practice if it means he will have a few more productive years with his wife, of 13 years and his two children.

The man is expected to be discharged from the hospital within days.

Based on information obtained by Guyana Standard, the patient is also a diabetic – a condition that could lead to heart disease. According to medical experts, over time, high blood glucose from diabetes can damage the blood vessels and the nerves that control the heart and blood vessels. Moreover, people with diabetes tend to develop heart disease at a younger age than people without diabetes. In adults with diabetes, the most common causes of death are heart disease and stroke, medical experts have revealed.