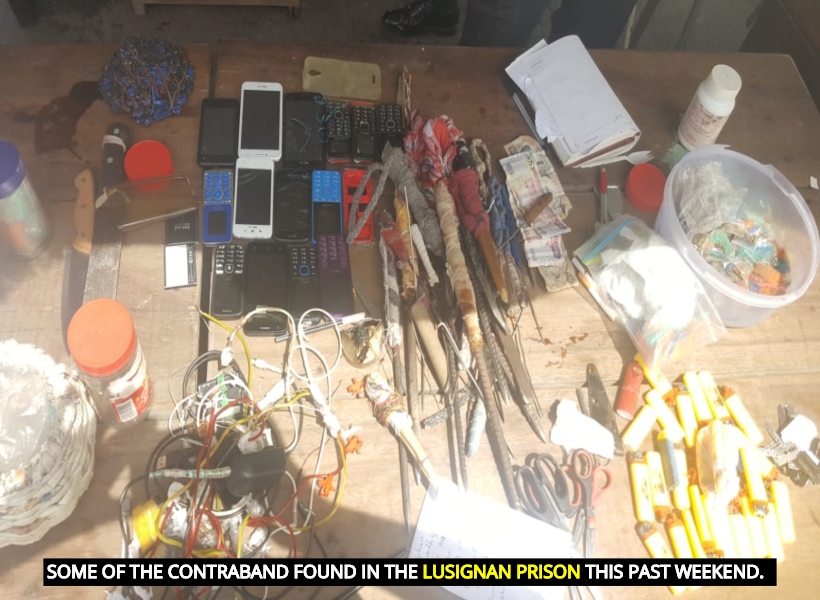 prisons. This was the disclosure of Director of Prisons, Mr. Gladwin Samuel, earlier today. Samuels informed today that based on credible reports received and investigations conducted, the four Prison Officers on Sunday, September 23, 2018 worked together and smuggled a bottle of rum and a pack of cigarettes into the Lusignan Prison. He said that it has been ascertained that these items were for prisoners.

This approach is expected to become a regular feature within the prison system as part of the deliberate efforts to arrest this shortcoming that has been affecting the prisons system for a  protracted period.

According to Samuels, “The question is often asked, ‘how contraband items are getting into the various Prisons?’”

In an attempt to explain the existing state of affairs, Samuels revealed that oftentimes prison officers themselves are involved. He pointed to the confirmed state of affairs “where Prison Officers agree and work together to smuggle items in.” Such an approach Samuels said creates a situation where “where it would be hard to detect the smuggling.” The Standard Operating Procedures, he explained, would see Prison Officers conducting searches to verify that persons are without banned items when entering the Prisons. But this system will only be effective when there is no collusion, Samuels underscored.

But this dilemma will not be allowed to persist unabated, Samuels firmly warned. According to him, those found culpable will, in no uncertain terms, be subjected to the brunt of the law. Just yesterday a joint search conducted at the Lusignan Prison Holding Bays One, Two and Three between 12:02 and 14:50 hours unearthed: 14 cellphones,15 sim cards, One tattoo machine, five pairs of scissors, 48 improvised weapons, 85 grams of cannabis, $3,040, a quantity of chargers, one knife, one chopper, and a quantity of razor blades. The forgoing were found in Holding Bay Two. In Holding Bay Three, three cell phones, nine improvised weapons, one tattoo machine, one pair of scissors, one cable and one earpiece were found.

Meanwhile, in Holding Bay One: three improvised weapons, four lighters, one cell phone and one earpiece were found.