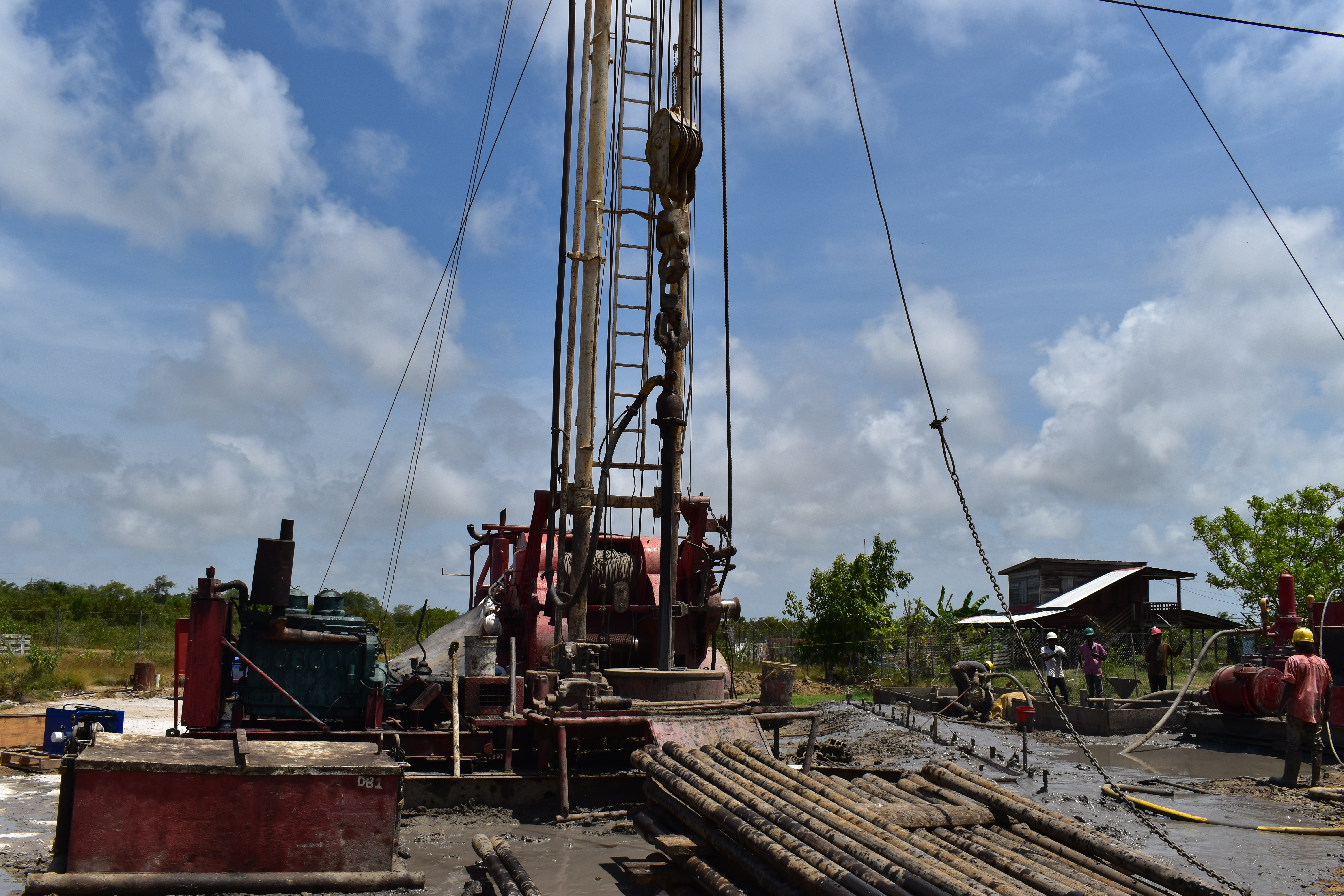 By the end of next month, residents of Port Mourant, Berbice, Region Six will be the beneficiaries of a $60M well compliments of the Guyana Water Incorporated [GWI]. This was revealed by GWI technical officials when Minister of Communities, Mr. Ronald Bulkan, visited the well site yesterday to witness the progress of works to date.

The initial drilling of the well commenced in April 2018 and reached its total depth of 1101 feet in June. However, due to the inclement weather, the soil became saturated causing the well to suffer a collapse.

According to GWI’s Programme Coordinator, Mr. Richard Hoyte, a decision was then made to shift 50 feet from the collapsed well to drill a new one. This drilling of this new well commenced on August 29, 2018. “We are at 1105 ft. which is considered our total depth and we’re now moving to ream (expand) this hole and we will be able to set our well casings and screens in another week or so,” Mr. Hoyte explained.

Acting Regional Manager, Mr. Randolph Leitch added that upon completion, 9000 customers from Albion to Tain are expected to benefit from treated water on a 24 hour basis.

Even as he stressed the high cost of the well, Minister Bulkan said that represents an ongoing investment on the part of the Government of Guyana to improve and increase pure water supply to more people across the country. “Water is one of the most basic necessities for living and the government is committed to ensuring that citizens and consumers receive water of the right quality on a continuous basis,” the Minister said.

He added that the Port Mourant well is one of three wells being drilled by Trinidadian Company Water and Oil, the other two being done at Pouderoyen and West Minster, West Demerara.

GWI’s Managing Director, Dr. Richard Van West-Charles, said the Port Mourant well represents just one of the many coastal projects being carried out by the Government of Guyana. “We are going to be getting one for Farm on the East Bank of Demerara and we’ve identified Fryish and Lusignan for a replacement wells. In addition to that, we have a number of projects in the Hinterland.”

Currently, customers served by the Port Mourant Water Treatment Plant receive 12 hours of water supply from 5:00 – 12:00hrs and 16:00-21:00hrs, since the plant doesn’t have the capacity to sustain a 24 hour supply.