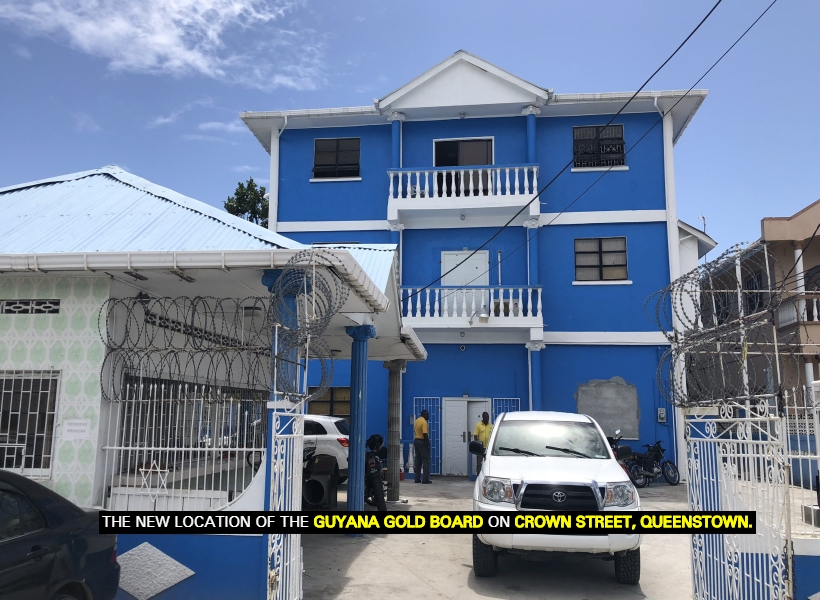 Facebook
Twitter
Google+
Pinterest
WhatsApp
The United States Department of Health and Human Services of the Centers for Disease Control and Prevention has submitted a preliminary summary on its findings and recommendations on mercury emissions at the Guyana Gold Board and its environs.
According to the report, mercury emissions is at safe levels.
The report was made following a request made to the Pan American Health Organization/World Health Organization (PAHO/WHO) office in Guyana by the Minister of Natural Resources, Raphael Trotman for further technical support.
The visiting team was in Guyana from September 11 to 14. They were facilitated through ongoing collaboration with the PAHO/WHO Guyana Country Office and the National Institute for Occupational Safety and Health (NIOSH) following reports of concerns raised earlier in the year about overexposure to mercury emissions.
According to a release from the Natural Resources Ministry, the team consisted of two engineers: Duane R. Hammond and Kevin H. Dunn from the Engineering and Physical Hazards Division.
The Ministry noted that Dr. Dunn and Captain Hammond observed gold burning and smelting operations at the Guyana Gold Board’s temporary location on Crown Street. They also spoke with employees and managers, as well as the contractor. The team used a top-of-the-line and highly recognized reading instrument to evaluate mercury vapour concentrations throughout the Guyana Geology and Mines complex, the Ministry of Public Health’s complex, the Guyana Telephone and Telegraph Company and the Guyana Gold Board’s burning and smelting rooms, and in surrounding offices and outer areas.
The team said that almost all of the readings taken throughout the areas were below the analytical limit of detection. They confirmed also that while a few areas had detectable results, no area exceeded the lowest applicable eight-hour time weighted average occupational exposure limit of 0.025 mg/m3.  In other words, what is considered safe and acceptable.
With specific respect to the Gold Board (Crown Street), the report stated, “We collected 80 direct reading measurements for mercury (vapour) in the burning room during and after burns (six burns total) at the GGB.  We found none of the reading measurements were above the NIOSH ceiling limit of 0.1 mg/m3 (NIOSH 2018).”
The team of experts defined a ceiling limit in the report as, “a level that should never be exceeded at any time during a shift.”  Very specifically, the report noted that, “Measurement results ranged from 0.000-00.41 mg/m3.”
Among the team’s recommendations were that the Guyana Gold Board installs an air velocity monitoring device; monitor mercury vapour concentrations in the burn room and waiting areas during burning on a daily basis; develop standard operating procedures to incorporate mercury monitoring as part of the daily systems evaluation; ensure adherence to procedures; and maintain the facilities following a strict regime of oversight.
The Guyana Gold Board noted that it already has some pieces of equipment (including the j405 device mentioned in the preliminary summary), procedures in place and training underway.