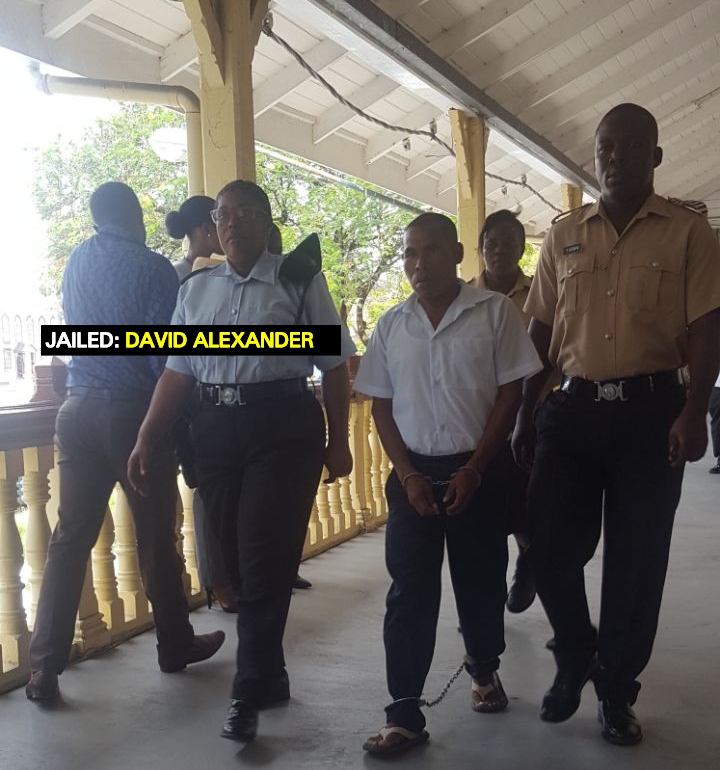 A 34-year-old man was sentenced to life imprisonment after he admitted to brutally raping an eight-year-old girl who was left in his care. The man, David Amsterdam, was arraigned before Justice Jo Ann Barlow at the opening of the October session of the Demerara Assizes.

Alexander, who retained Attorney-at-Law Clyde Forde, pleaded guilty to the charge which stated that on February 24, 2015, in the county of Essequibo, he engaged in sexual penetration of an eight-year-old girl.

The case for the State was presented by Prosecutors Abigail Gibbs, Seeta Bishundial and Tiffini Lyken.

During a plea in mitigation, Forde told the court that his client cannot remember what happened since at the time he was intoxicated.

The lawyer asked the court to temper justice with mercy highlighting that his client opted to plead guilty, saving judicial time and the trauma of having the victim go through a trial.

When asked by the Judge if he had anything to say, Alexander said, “I am very, very sorry for what happened. This is the first time I have come into contact with any police or magistrate. I have four children and I have been in jail three years suffering.”

Through a victim impact statement which was read by a Child Care and Protection Officer, the young girl expressed that at the time of the incident she felt sad, hurt and confused. She said that she wanted Alexander to stop violating her, but at the same time, was afraid that he would have killed her.

In arriving at a sentence for Alexander, Justice Barlow said that while she does not discriminate against persons who consume alcohol, they must remain in control of themselves. The judge pointed out that Alexander was in a position of trust, since on the day of the incident the child’s mother left her with him.

The judge said that she found no mitigating factors and that this was one of the worst rape cases before the court. The judge pointed out that the young girl had to undergo surgery at the Georgetown Public Hospital Corporation (GPHC), since the both the health centre and hospital in her community were unable to deal with her condition.