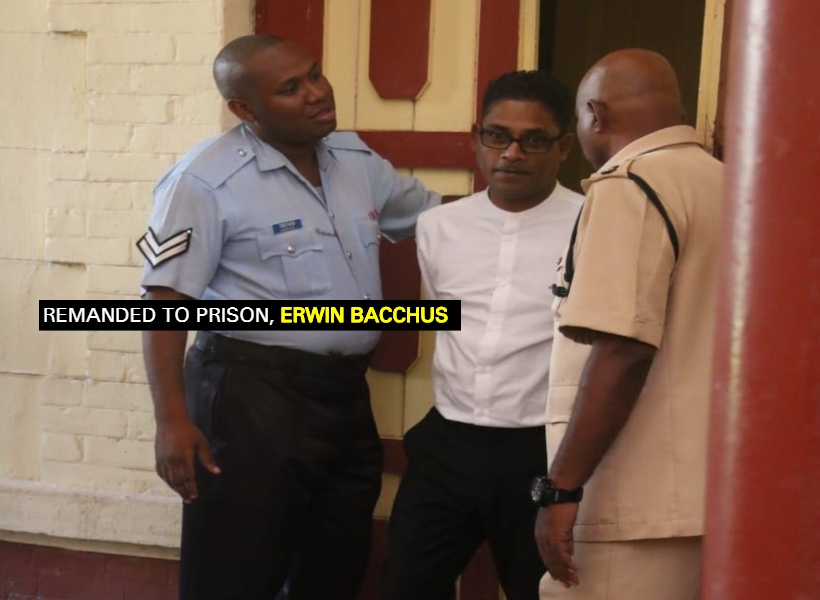 The Director of Public Prosecution (DPP) has assigned Attorney-at-Law Dextor Todd to Prosecute the case involving popular hotel owner, Erwin Bacchus who was charged with murder of his neighbour.

The DPP made the decision to assign the Special Prosecutor after relatives of the deceased complained to the Police Authority and the Crime Chief about several discrepancies involving the manner in which the case was being handled.

Principal Magistrate Judy Latchman had set today for the commencement of the Preliminary Inquiry (PI) into the matter.

However, when the matter was called this morning, Special Prosecutor,Todd told the court that he is not ready to commence with the PI, adding that, after perusing the entirety of the file he realised that some of the statements were not written nor photocopied properly.

The  Magistrate, who appeared upset, informed the court that the entire morning will be wasted since she had already set aside the morning period to deal with the matter.

The Special Prosecutor, in response to Magistrate Latchman’s statement, told the court that he does not want to waste the court’s time, hence he is making sure that all the witnesses’ statements are properly organized so that when the PI commences, there will be no stumbling block.

Hence, the Magistrate adjourned the matter until October 10, 2018 for commencement.

Bacchus is being represented by Attorneys-at-law Nigel Hughes and Glen Hanoman.

The Director of Public Prosecutions had made the decision to charge Bacchus with the capital offence after a Post Mortem report revealed that the injuries De Florimonte received were consistent with murder and not manslaughter.

According to reports, on the day of the incident, Bacchus was attacked by the now dead man who was armed with a knife and a rolling pin.

It was stated in court that a handyman that works for Bacchus saw De Florimonte abusing a woman outside the hotel and went to the woman’s rescue.

De Florimonte then turned his attention on the handyman who in an attempt to save his life ran into the hotel where he met with Bacchus.

The court heard that after De Florimonte began to stab at the handyman, Bacchus, who is a licensed firearm holder, fired two warning shots in the air. De Florimonte then turned his attention to the businessman.

The defendant then  shot De Florimonte.