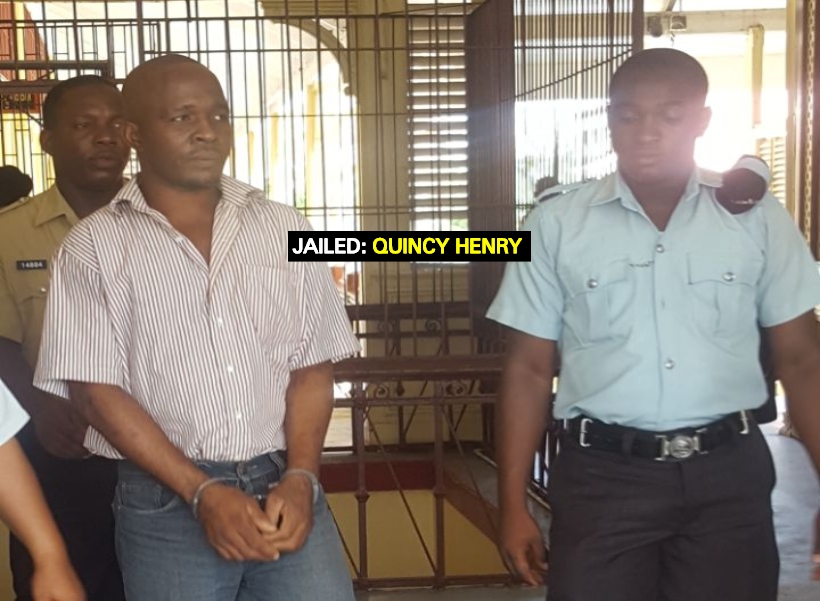 33-year-old Quincy Henry was this morning jailed for 13 years for attempting to kill a man he begged for money at Bourda Market, Georgetown.

The sentencing was handed down by Justice Brassington Reynolds at the High Court in Georgetown.

On September 20, 2015 at Bourda, Georgetown, Henry also known as “Fix It”, unlawfully and maliciously wounded Troy Bacchus, called “Fletcher”, with intent to murder him.

According to the prosecution,  on the day in question, Bacchus was at Merriman’s Mall, Bourda, Georgetown, when someone asked him for $100.

Upon seeing this, Henry also begged the man for $100, only to be told by him that he does not have anymore cash.

Bacchus walked away, but was followed by Henry who stabbed him to the neck with a knife. The injured man managed to walk and sought help from a man who took him to the Georegtown Public Hospital.

A probation report presented to the court reveal that Henry is addicted to using cocaine.

In search of a better life, Henry migrated to Barbados to live with his mother.

But several years after, he was deported after his sister reported his cocaine abuse to immigration authorities.

Investigation by the probation officer further revealed that Henry was previously charged with robbery, abusive language and larceny for which he was convicted and jailed three years.

Henry is hearing impaired and also has a speech impediment.