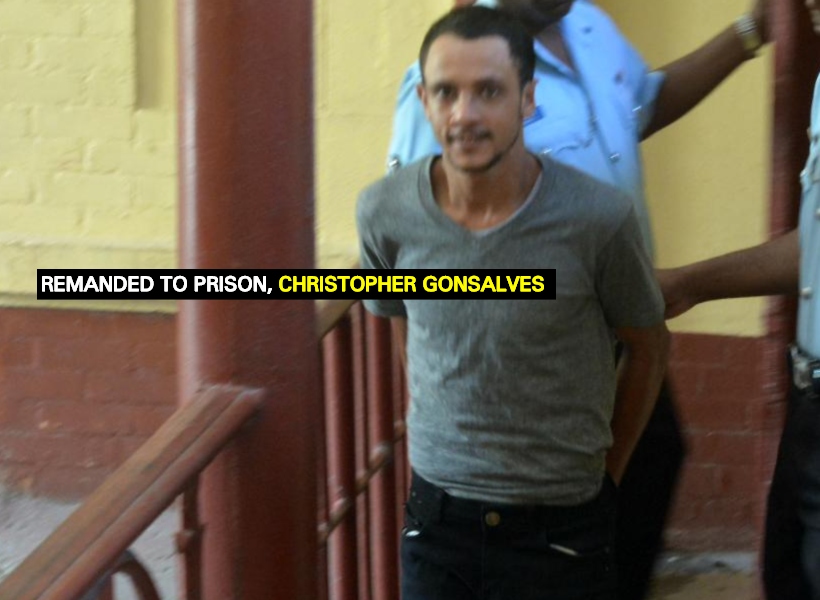 A man who allegedly sold a quantity of marijuana to a police officer, and later offered to pay a Police Sergeant $150,000 to not institute charges against him, was this morning charged and remanded to prison.

He was slapped with charges for trafficking narcotics and bribery.

The first allegation stated that on October 3, 2018, at Albouystown, Georgetown, Gonsalves had in his possession 530 grams of marijuana for the purpose of trafficking.

It was further alleged that on the same day, at the Brickdam Police Station, he willfully attempted to obstruct or pervert the course of justice by offering $150,000 cash to Sergeant George, so as to prevent the institution of a charge against himself.

The unrepresented man pleaded not guilty to both charges after they were read to him.

Facts presented by Police Prosecutor, Quinn Harris, stated that on October,3,2018, at around 16:00 hrs, ranks in plain clothes from the Brickdam Police Station, went to a shop located in Albouystown. There, the ranks made arrangements with Gonsalves to purchase a large quantity of marijuana.

The court heard that Gonsalves, upon hearing the request, handed over to an officer a black bulky plastic bag containing a quantity of leaves, seeds and stems of the marijuana plant.

The other officers, who were close by, upon witnessing what was taking place, arrested Gonsalves and took him to the Brickdam Police Station.

Prosecutor Harris added that while at the station, the defendant asked to speak with the officer in charge and they took him into a room where Sergeant George was.

While in the room, he took out $150,000 from his pocket and handed over the money to the Sergeant for him to drop the matters against him.

He was then told of the offence and charged.

The Prosecutor objected to bail being granted to the defendant on the narcotics charge citing the prevalence of the offence and the quantum.

However, Magistrate Latchman granted him bail in the sum of $200,000 on the bribery charge and remanded him on the narcotic charge.

He was instructed to make his next court appearance  on November 5 , 2018 to collect statements.