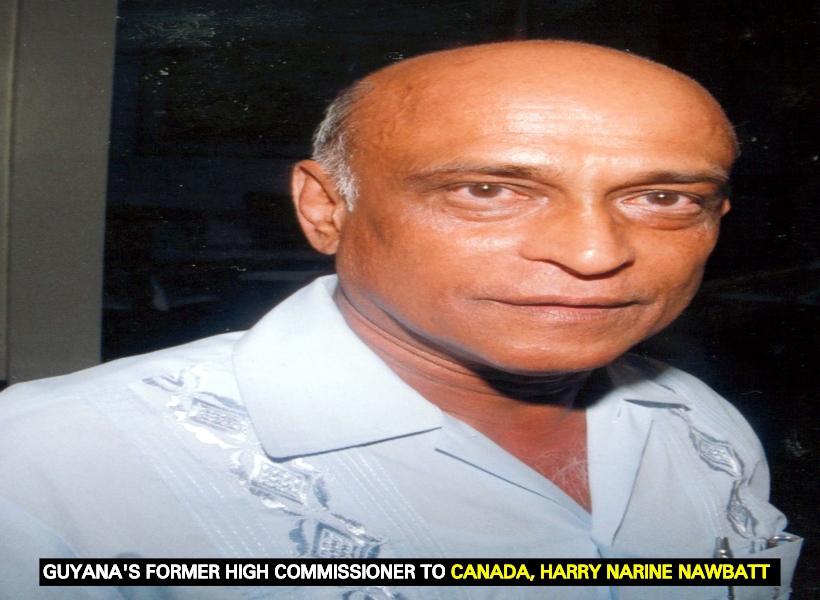 Guyana’s former High Commissioner to Canada, Harry Narine Nawbatt, is set to collect over $25M from the State as Justice Diana Insanally ruled today that he was wrongfully dismissed by the Ministry of Foreign Affairs.

Nawbatt’s lawyers had filed the case in April 2016 which noted that his contract of employment was not lawfully terminated and that he is entitled to his salaries, emoluments and other benefits owing under the said contract. After a full-blown trial and hearing submissions from lawyers for both sides, the judge ruled that the State must pay Nawbatt $24,295,104 along with $500,000 for breach of contract. The ruling also notes that interest on the said sums must be paid at the rate of six percent per annum from the date of filing to the date of judgment and thereafter, at the rate of four percent per annum until fully paid. Nawbatt is also to be paid another sum of $50,000.

In a statement to the press, Nawbatt’s lawyer, Anil Nandlall, said that similar cases in 2015 and 2016 were filed for former Advisor to the Minister of Local Government, Clinton Collymore; Zulfikar Mustapha, former Liaison Officer to the Office of the President for Region Six; and Anna Correia, former employee of the Ministry of Amerindian Affairs.

In all these cases, Nandlall said that the Plaintiffs sued for damages for wrongful dismissal/unlawful termination of their contracts. Again, after a trial of each of these cases, Nandlall said that judgments were awarded to each of them in various sums as compensation along with interest and costs. Nandlall noted that the Attorney General did not appeal any of these decisions. Yet, the State has failed to honour these judgments. This is in spite of several written requests to do so.

Nandlall said that the relevant proceedings will be commenced shortly to commit the Minister of Finance, Winston Jordan to prison for non-payment of these judgments.