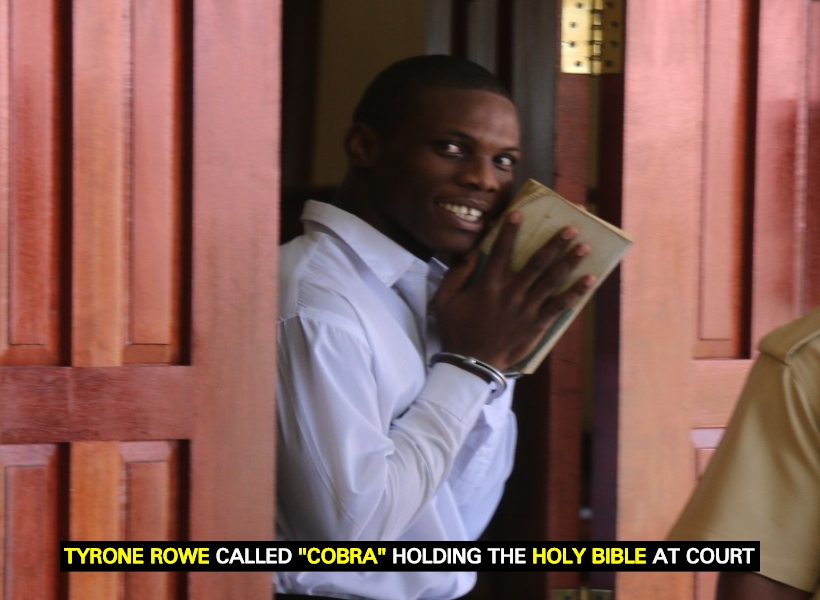 When the retrial of Tyrone Rowe called ‘Cobra’, commenced this afternoon for the 2010 murder of Troy Collymore, the mother of the deceased took to the witness box.

According to reports, on August 05, 2010 Collymore also known as’Coolie’ and two other men were outside a business place at Plaisance, East Coast Demerara when they were attacked by gunmen.

During that time, one of them was shot and relieved of cash and a quantity of jewellery. Collymore was shot to the head and was declared ‘brain dead’ by doctors. He sucummbed two days later.

The mother , Gloria Sulton of Prince Williams Street, Plaisance, East Coast Demerara, testified that on August 05, 2010, she and her son was in her bedroom chatting and he told her something important then left.

According to Sulton, the following day, she visited the Georgetown Public Hospital Corporation where she saw her son lying on a bed connected to a life support machine.

She said that the day after that she went back to the hospital and her son was dead.

Sulton told the court that on August 09, 2010, she visted the hospital’s mortuary and witnessed a Post Mortem examination being conducted on her son.

As she spoke, the woman broke down in tears and muttered, “Why is this happening again, this is memories,” adding that she witnessed a bullet being removed from her son’s head by the pathologist.

Rowe, who is about 25 years of age now, is on trial before Justice Sandil Kissoon and a 12 member mixed jury at the High Court in Georgetown.

The murder accused  has retained Attorney-at-Law George Thomas, while the State is being represented by Prosecutors Orinthia Schmidt and Lisa Cave.