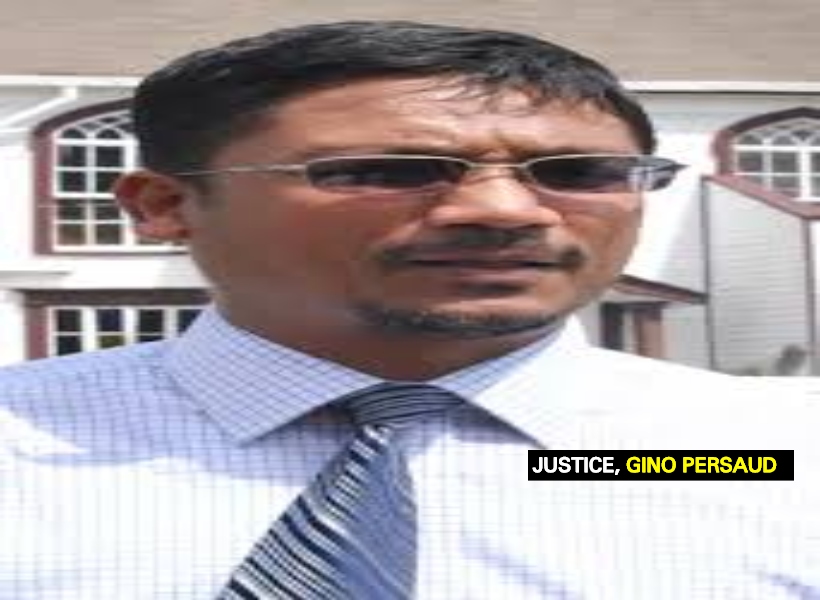 Earlier today, Justice Gino Persaud ruled that the High Court has jurisdiction to hear a challenge to the Local Government boundaries mounted by the People’s Progressive Party (PPP) through its member Bibi Shaddick, against the State.

Justice Persaud subsequently dismissed an application by the State which had contended that the Court can only hear the matter after the holding of Local Government Elections (LGE) by way of an elections petition.

Attorney General, Basil Williams S.C and Solicitor General, Kim Kyte-Thomas had argued that the court does not have the jurisdiction to hear the merits of the challenge.  To support its contention, the State had referenced Section 146:1 of the Local Authorities (Election) Act Chapter 28:03, and several case laws.

Section 146:1 states, “(1) Any question whether any person has been validly elected as a councillor shall be referred to and determined by the Court. (2) Every such reference shall be by a petition (hereinafter referred to as an election petition) presented to the Court.”

In dismissing the State’s contention, Justice Persaud pointed out that Section 146:1 of the Local Authorities (Election) Act Chapter 28:03, and the case laws advanced by the State, were not applicable to the issue at hand.

No orders for costs were made by the court. Justice Persaud announced today that a ruling in the matter will be made before LGE which is slated for November 12, 2018. The State was then ordered to file an application in defence by October 22, 2018, while Shaddick will file a response by October 29, 2018.

Thereafter, a date will be set by the Court for ruling.

After the hearing, the Attorney General was asked to make comments.  Reacting to the Judge’s ruling, he said, “I am not sure what happened there.”

The Attorney General pointed out that the principles outlined in the Local Authorities (Election) Act Chapter 28:03, and the several case laws, are applicable to National Elections as well as LGE. He also signaled his intentions of appealing the court’s ruling.

“A lot of monies have been spent on Local Government Elections. We have to go ahead,” the Attorney General said.

On September 10, 2018 Shaddick, through her Attorney-at-Law, Anil Nandall, filed a Judicial Review Application.

The Application seeks to, among other things, query the authority of Minister of Communities,  Ronald Bulkan and Chief Elections Officer, Keith Lowenfield, to identify by name, boundaries and seats, a number of Neighbourhood Democratic Councils (NDCs) for the November 12, Local Government Elections (LGE).