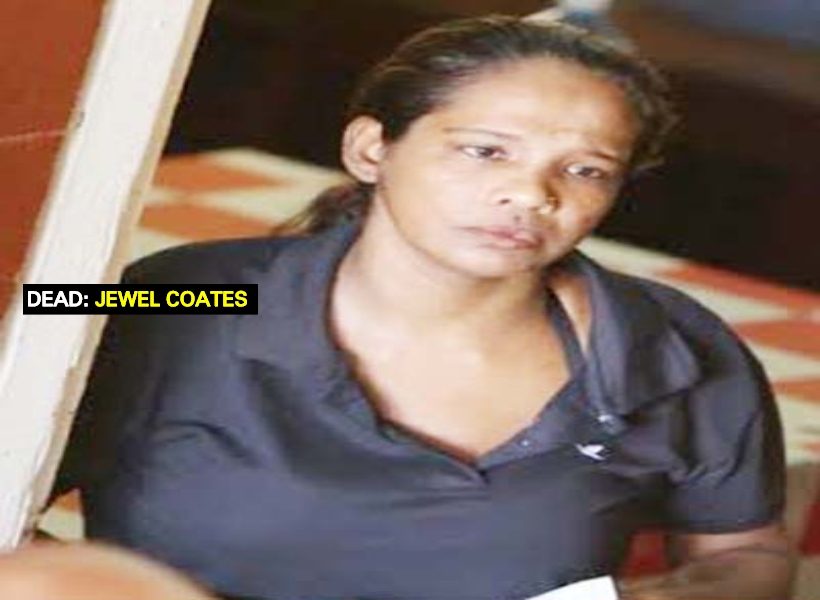 A 36-year-old woman, who is believed to have set fire to her marital home at Lot 39 West Ruimveldt, Georgetown, causing the death of her husband, has succumbed to injuries she sustained in that fire.

Around 01:30 hr today, Jewel Coates died at the Georgetown Public Hospital Corporation (GPHC)’s Burns Care Unit where she had been hospitalized under police guard since the tragic incident on September 10, last.

Christopher Bramble, 56, lost his life in the fire that destroyed the entire one-bedroom house he once shared with his wife, Coates.

The 36-year-old woman was saved after neighbours pulled her from the burning building. But when the neighbours asked if her husband was inside, the woman claimed that he had gone to a nearby shop.

Bramble’s body was however found among the debris when firefighters managed to out the blaze hours later.

Investigators believed that the couple might have been fighting and the woman struck her husband, causing him to faint—this theory, they say, would explain why there were no screams coming from the 56-year-old man.

In fact, Bramble’s relatives alleged that Coates physically assaulted him on numerous occasions, causing him to seek medical attention. One time, they claimed that the woman chopped him across his head.

The 56-year-old man was reportedly advised to leave his abusive spouse but he refused.