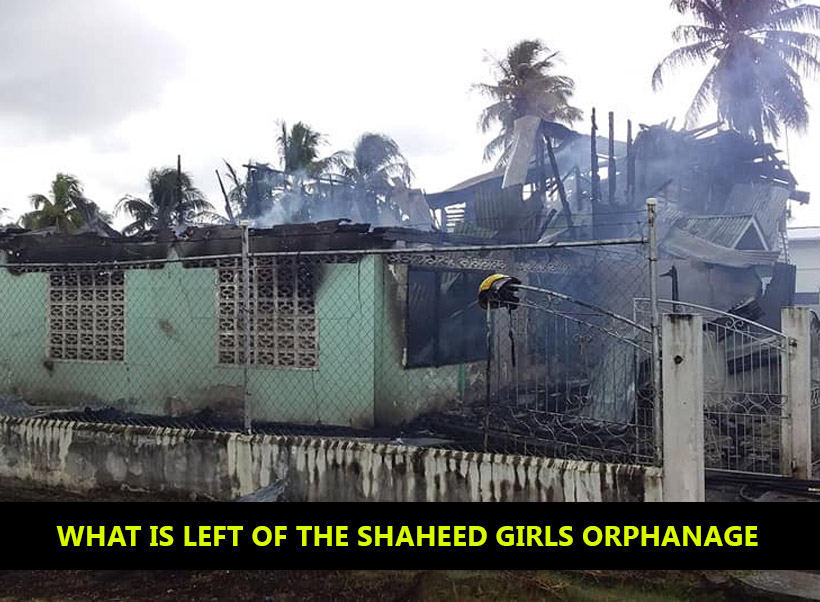 Twenty females are now homeless after the Orphanage they had been living in went up in flames around 07:30 this morning. Luckily, no one was injured.

The origin for the fire which completely destroyed the Shaheed Girls Orphanage at Ogle, East Coast Demerara (ECD) has not been determined as yet.

The Guyana Standard has been informed that the blaze started in the upper flat of the two-storey building and then spread to the lower flat. The children only escaped with the clothes they had been wearing.

According to information received, the caregiver was in the lower flat preparing breakfast when a child alerted her to the fire in one of the rooms. But by the time she ran up with a bucket of water, it had already engulfed the entire bedroom.

Residents in the area had to assist to get all of the children, some of whom were sleeping, out of the building.