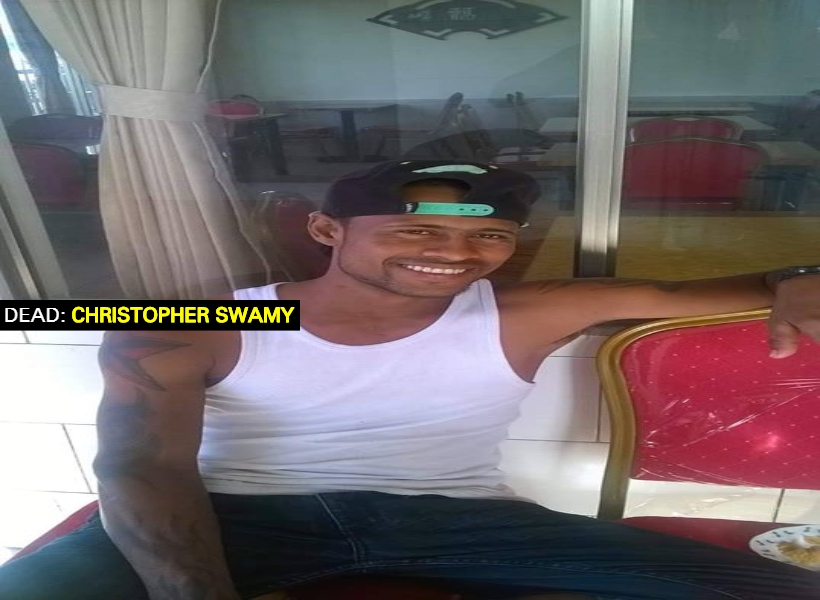 A 30-year-old Mon Repos, East Coast Demerara (ECD) man was killed and his friend gun-butted when two masked men confronted them during a robbery around 01:3- hrs this morning.

The deceased has been identified as Christopher Swamy, a labourer of Mon Repos Pasture. He was shot to the left side chest and died on the spot.

Swamy’s friend, Rawle Williams, 28, was admitted to the Georgetown Public Hospital Corporation (GPHC) having been gun-butted to the head several times.

The Guyana Standard has been informed that the deceased, his wife and sister along with Rawle and his partner, Marcia Williams were liming and imbibing in front of Swamy’s home when they were confronted by the two men, one with a gun.

According to information received, the masked men stripped their victims of their belongings and just as they were about to escape, Swamy reportedly attempted to wrestle with one of the suspects.

This reportedly led to him being shot to the left region of his chest while his friend was gun-butted. The gunmen subsequently escaped from the scene.